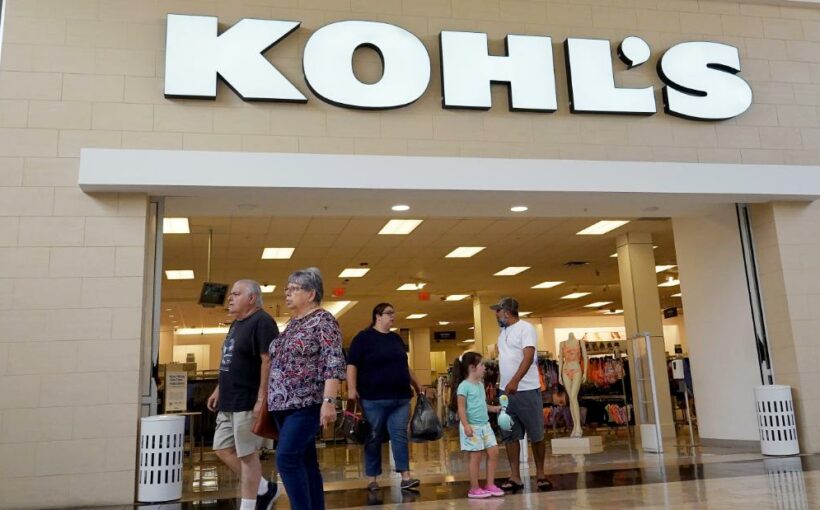 New York (CNNBusiness)Kohl’s can’t seem to catch a break, and it may have only itself to blame.

The department store chain on Thursday presented a dour outlook for 2022, saying it expects full-year sales to fall 5% to 6% compared to a year ago and blaming high inflation for preventing shoppers — specifically its middle-income consumers — from spending more at its stores. The company also reported a drop in sales and profit for the quarter ended July 30.
Kohl’s shares were down more than 4% in morning trading.

But the economy isn’t its only problem. Kohl’s, (KSS) similar to other large chains including Target (TGT) and Walmart (WMT), is stuck with a lot of excess inventory that it can’t clear out. The chain’s inventory in the quarter was 48% above where it stood at the same time last year.

“We have adjusted our plans, implementing actions to reduce inventory and lower expenses to account for a softer demand outlook,” Kohl’s CEO Michelle Gass said in a statement.

With more than 1,100 US stores and around $19 billion in annual sales, Kohl’s is the largest department store chain in the United States. But the company has struggled to find a path forward for itself.

Kohl’s floated and then withdrew the idea of selling itself to Franchise Group (FRG), a holding company that owns The Vitamin Shoppe and other retail brands.
The retailer is trying a variety of tactics to stay relevant, especially to younger consumers. It recently partnered with popular cosmetics brand Sephora to open mini-Sephora stores its locations. Kohl’s said the move has helped it acquire a million new customers since last August who are younger, more diverse and shop more frequently than the average consumer.
And last week, the retailer announced it was rolling out a self pickup option at all of its stores for online orders within a two-hour window.
But all of these efforts, although necessary for Kohl’s, can’t fully camouflage the chain’s most basic problem, said Neil Saunders, retail analyst and managing director at GlobalData Retail.

“In our view, the main source of Kohl’s woes are internal. Most notably, the company has lost the plot in terms of merchandising and range planning and appears to be taking a seemingly random approach to buying. The result is a jumble of disjointed product in stores, which is exacerbated by a very serious deterioration in shopkeeping standards,” Saunders said in a note Thursday.
“It used to be the case that while a little uninspiring, Kohl’s was disciplined and neat in its presentation. Over the past year that has all gone out of the window,” Saunders said. “In this kind of economic environment, consumers will quickly abandon purchases and stores that require too much effort for too little reward.”
Source: Read Full Article