Home » World News » Part of a foot, in a shoe, spotted in Yellowstone hot spring 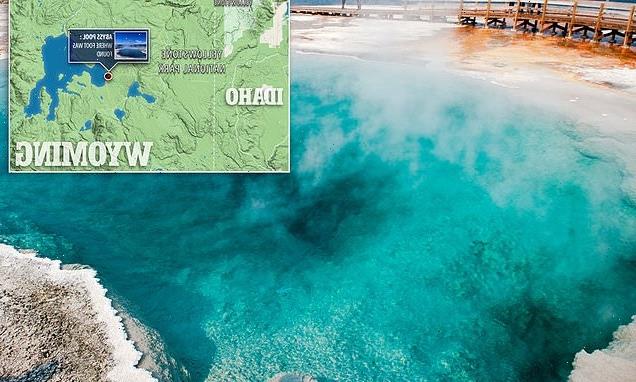 Yellowstone National Park officials are investigating after an employee spotted part of a foot, in a shoe, floating in a hot spring in the southern part of the park, officials said Thursday.

Tuesday’s discovery at Abyss Pool in Wyoming led to the temporary closure of the West Thumb Geyser Basin and its parking lot. The area has since reopened.

The park did not have any other information about the investigation to make public on Thursday, park spokesperson Morgan Warthin said.

Abyss Pool, located west of the West Thumb of Yellowstone Lake, is 53 feet deep and the temperature is about 140F, park officials said. It is on the south side of the southern loop through the park.

In such hot springs, superheated water cools as it reaches the surface, sinks and is replaced by hotter water from below.

The circulation prevents the water from reaching the temperature needed to set off an eruption like happens with geysers in the park, according to the park’s website.

The park is mostly in Wyoming, but spreads into portions of Idaho and Montana. 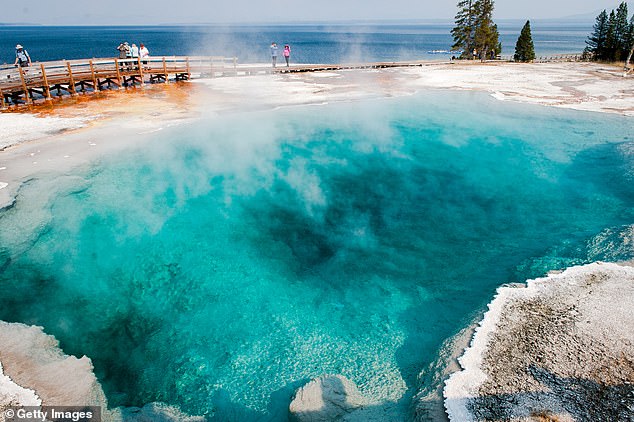 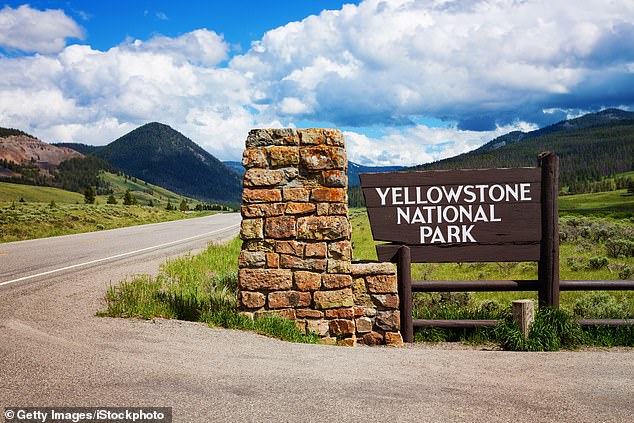 Park officials are investigating the scene and temporarily closed down the West Thumb Geyser Basin and its parking lot. The area has since been reopened

The Abyss Pool, located west of the West Thumb of Yellowstone Lake, reached temperatures of about 140 degrees Fahrenheit. The hot spring is is 53 feet (16 meters) deep 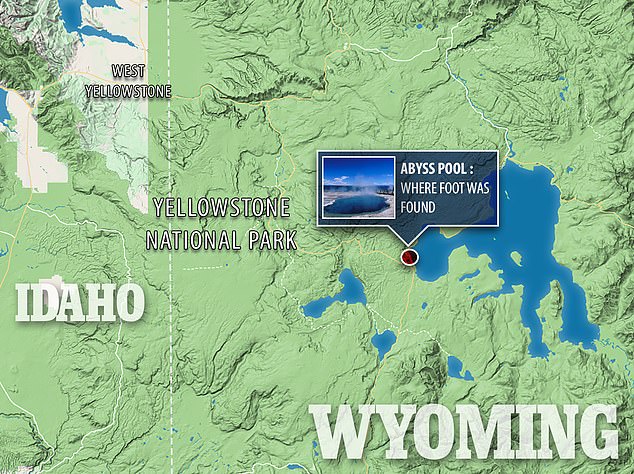 The foot was found in the Abyss Pool. The hot spring is located on the Wyoming section of the park 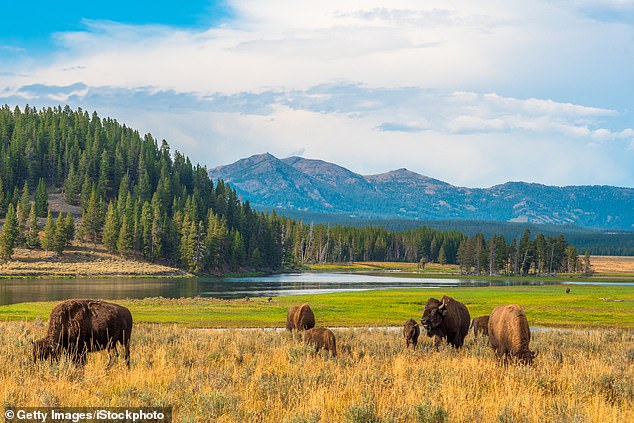 PICTURED: Yellowstone, National Park, Wyoming. The park is mostly in Wyoming, but spreads into portions of Idaho and Montana

It’s unclear how long the foot has been place in the hot spring – but the strange discover comes two months after the park closed in June after rivers across northern Wyoming and southern Montana surged over their banks following heavy rainfall.

The rainfall exceeded five inches in parts of the park, and accelerated the spring snowmelt – which then brought another five inches of liquid.

Park officials characterized the severe flooding tearing through the region as a once in a ‘thousand-year event,’ that could alter the course of the Yellowstone river and surrounding landscapes forever.

River levels surged to dangerous levels not seen in centuries, with the famed Yellowstone River in Corwin Springs, Montana, rising 6 feet to its highest level ever – a 1 in 500-year event, according to a US Geological Survey. 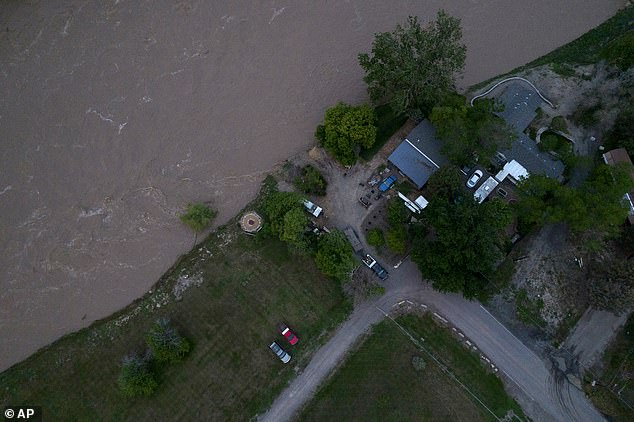 The Yellowstone River seen tearing through the community on its banks in Billings, Montana, in June 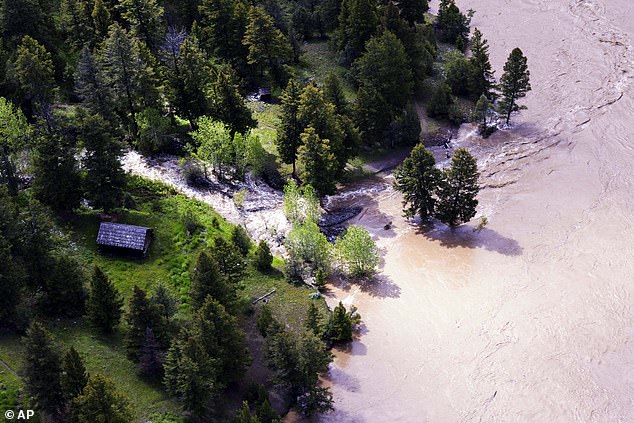 ‘All park entrances and roads are temporarily closed due to extremely hazardous conditions from recent flooding,’ reads a warning at the top of Yellowstone National Park’s website in June

About 10,000 tourists were evacuated – including a dozen trapped campers who were rescued by helicopter – emptying the park completely of all visitors.

Photos and video the park uploaded by park official showed mud-mixed water surging through sections of road that had been knocked out due to the flooding, and subsequent mudslides and rockslides.

Houses in surrounding communities were flooded or washed away by streams that turned into raging rivers, roads have been carved away, and bridges have collapsed into the torrent.

The park partially reopened in mid-June as visitors flocked back to the park. About 2,000 to 3,000 vehicles entered the park within the first few hours it opened, according to officials.