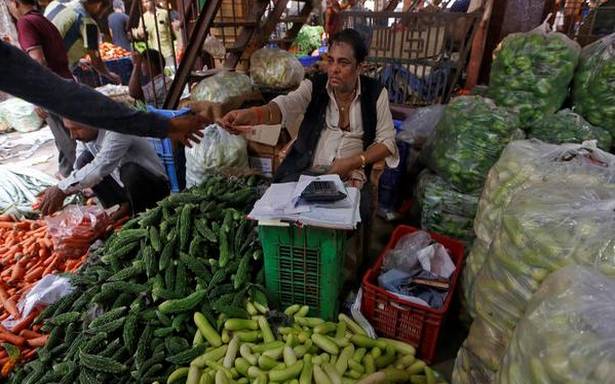 An official statement attributed the high inflation rate to the low base effect from June 2020, which recorded -1.81% inflation, and the rise in prices of petrol, diesel, naphtha and ATF, as well as basic metals, food products and chemicals.

The Wholesale Price Index inched up 0.75% over May’s level, with the fuel and power prices index rising at 2.9%, the most on a month-on-month basis among the major groups captured in the index.

Wholesale inflation in fuel and power was also the highest on an annual basis, at 32.83% in June, though it had declined marginally from 37.6% in May.

Wholesale inflation in the month of April 2021 was revised upwards from 10.49% to 10.74%, by the Office of Economic Adviser in the Department for Promotion of Industry and Internal Trade that compiles the index.

“While the core inflation hardened further to 10.4% in June from 10% in May, the pace of the month-on-month uptick in this index eased to a four-month low of 0.5%,” said Aditi Nayar, chief economist at rating agency ICRA, who expects core inflation to rise further in July, before commencing a gradual downtrend from August.

Though the Reserve Bank of India doesn’t get influenced by wholesale price inflation trends, its potential to spill over into retail inflation levels will inject ‘uneasiness’ in the tone of the monetary policy, she reckoned.

As per data released on Monday, inflation in consumer prices over June remained almost unchanged from the six-month high of 6.3% recorded in May, clocking 6.26%.

“With the Consumer Price inflation likely to have peaked, we expect policy normalisation to commence in the fourth quarter of this year, after growth revival solidifies. However, the change in stance to neutral may be advanced to the December monetary policy review, if inflation springs a negative surprise,” Ms Nayar said.

Inflation in primary food articles eased to 3.1% in June from 4.3% in May, despite a worrying 18.5% month-on-month rise in the vegetable index, partly reflecting the heavy rains in the early part of the month, the ICRA economist noted.