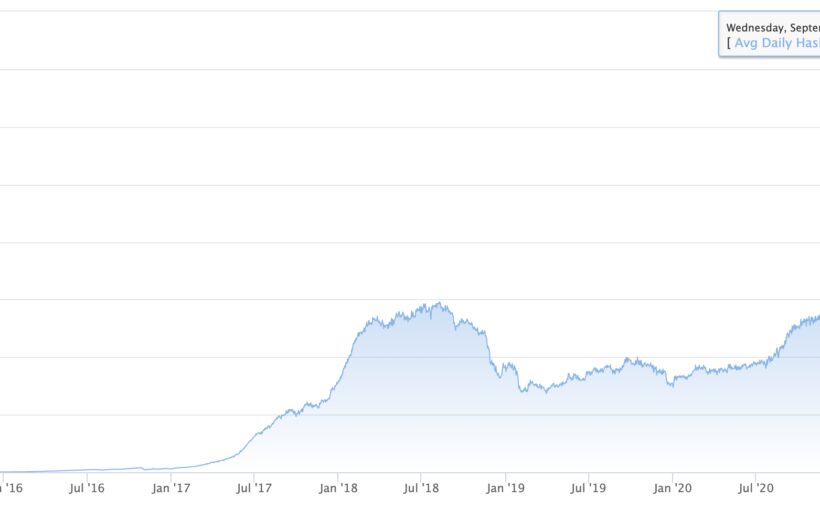 Ethereum’s hashrate has risen to an all time high, nearing 700 terahashes per second (TH/s) after crossing the high of 632 TH/s reached in May as pictured above.

Following some turbulences while China kicked out miners this summer, with eth’s hash falling to 595 TH/s, it now appears to have more than recovered as it sets a new high.

That’s because price has significantly recovered too, reaching a recent high of $4,000 before currently trading at about $3,300.

That’s while some $25 billion worth of some 7.5 million eth is now locked in the staking contract, with it so nearing 10% of eth’s total supply.

While ranked defi now holds some $75 billion in assets, with L2 eth protocols holding close to $1 billion in eth and other ethereum based assets.

Finally the new invention of NFTs has taken off too, seeing significant growth that has fed into eth as NFT platforms become the biggest users of the network.

All this has combined to make eth mining a lot more profitable despite a reduction in revenue due to fees being burned rather than rewarded to miners.

And as these are mainly eth specific factors, its ratio gains means ethereum gets to reach a new all time high in hashrate, while bitcoin is yet to do so, although it has significantly recovered since the summer low.