Home » Ethereum » Goldman Sachs Predicts Ethereum Could Reach $8,000 Before The End Of 2021 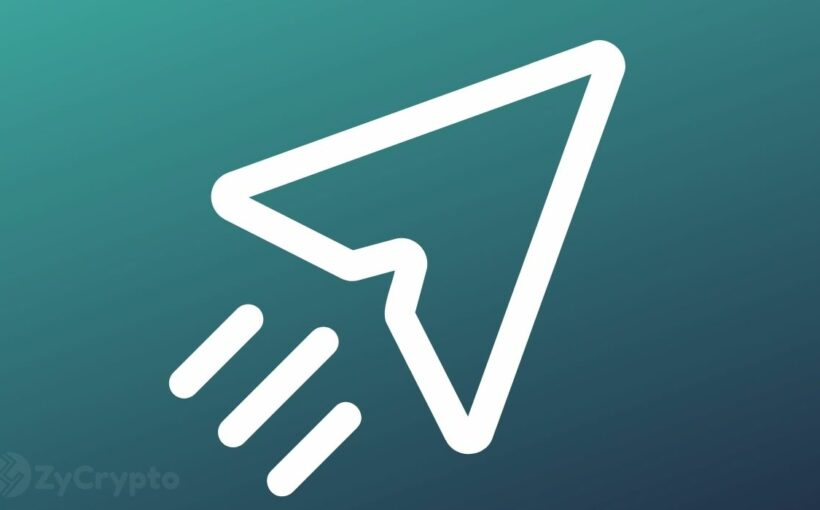 Analysts believe that there is enough room for Ethereum to increase in value before the year runs out. Goldman Sachs is the latest institution to forecast impressive numbers for the asset, despite competing networks threatening to reduce its market share.

Goldman Sachs thinks Ethereum is underpriced and could attain $8000 before the end of the year. The bank’s analysis was contained in a research note that was shared by Bernhard Rzymelka and hinged upon similar trading patterns with inflation breakevens since 2019. 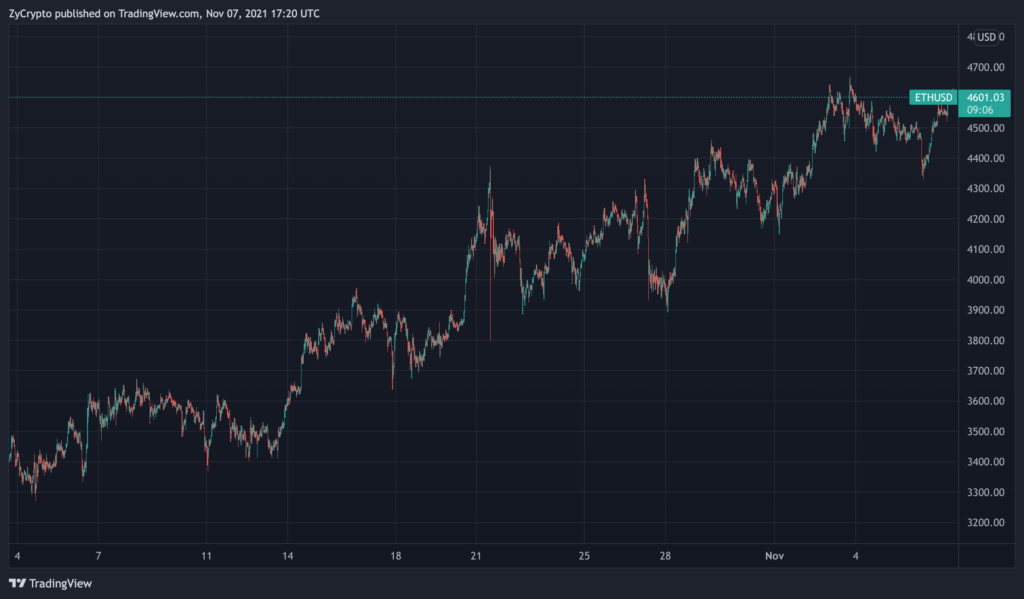 The bank’s analyst relied on a chart showing the Bloomberg Galaxy Crypto index and the 2-year inflation swap. Gleaning from the chart, they surmised that the context looks promising for Ethereum, particularly as it has previously tracked inflation markets and its cyclical nature could be a positive indicator.

“The market has started to press against the all-time high with a narrowing wedge: Either a sign of exhaustion or peaking – or a starting point of an accelerating rally upon a break higher,” says the research note. If the tie-up with inflation continues, the investment bank believes that an $8,000 price is a feasible target for the asset.

Ethereum has gone on to set a new record of $4,664 on November 3rd and continues to show promise despite growing threats to its dominance. Goldman Sachs’ prediction is the one with the largest leap in the short term, eclipsing the one that was predicted by Finder. Finder predicted that Ethereum could see $5,114 by the end of the year and the asset could be trading at $18,000 by 2025. The figures were reached through a survey with the top and bottom 10% eliminated from the final analysis.

Goldman Sachs first announced that it was making a foray into cryptocurrencies in May by the establishment of a cryptocurrency trading team. In an attempt to broaden its cryptocurrency market presence, it went on to launch bitcoin derivatives trading amid increasing institutional demand.

“We’ve seen rapid adoption and interest in crypto from more traditional financial firms this year, and Goldman’s entrance into the space is yet another sign of how it’s maturing,” says Justin Chow, Cumberland DRW’s business development head.

The investment bank had tipped Ethereum over other cryptocurrencies as the one with the “highest real use potential” and being the “most popular development platform for smart contract applications”. 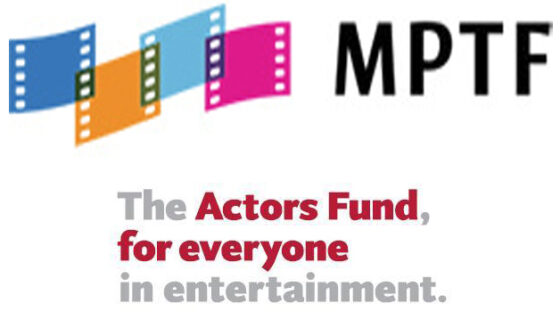 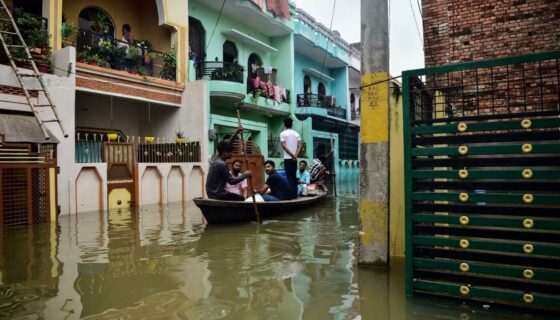