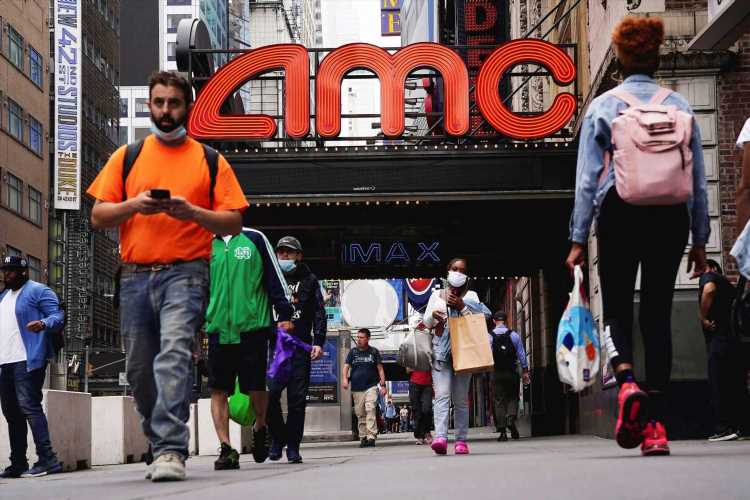 Shares of AMC jumped 23% to around $57.71 apiece in morning trading Monday, following an 80% rally in the previous week. The stock has dethroned GameStop to become the star on the infamous WallStreetBets forum on Reddit, with retail traders encouraging each other to pile into the shares and call options.

A call option is an instrument that gives an investor the right to buy a stock at a stated price within a particular time frame.

AMC has gained more than 120% in June alone after a 160% advance in May, pushing its 2021 rally to over 2,600%. The stock has far surpassed its January high amid the GameStop trading mania, hitting an intraday record of $72.62 last week.

Amid the wild trading, TD Ameritrade put in place increased margin requirements to 100% on AMC and GameStop. The brokerage firm said it may also implement additional requirements on opening trades on AMC options that expire on Friday.

"#NakedShorts" and "#NakedShorting" were trending Monday on Twitter as well as over the weekend, referring to the elevated short interest in AMC. Naked shorting is the illegal practice of short selling where a stock's short interest may be larger than the tradable shares in the market sometimes due to discrepancies between paper and electronic trading systems.

AMC has around 18% of its float shares sold short, versus about 5% for an average U.S. stock, according to data from S3 Partners. Short sellers betting against AMC suffered $2 billion in losses last week, S3 data showed.

"It is extremely tempting to short these stocks, but unless you have huge liquid resources, please try to resist the temptation because these prices can go to unimaginable highs before they settle down to a reasonable valuation, and you may have to cover on the high point," Interactive Brokers chairman Thomas Peterffy said on CNBC's "Squawk Box" on Monday.

"On the long term, stocks always approach their fundamental values, which in this case is much, much lower," Peterffy added.