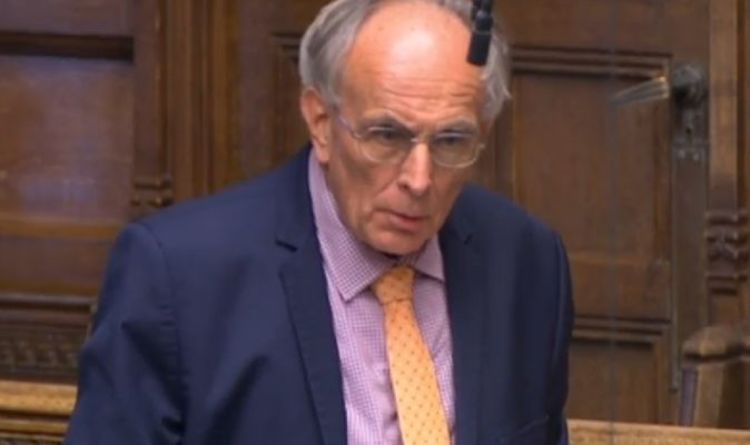 Tory MP Peter Bone dubbed France’s handling of asylum seekers embarrassing in an outburst in the House of Commons. While speaking to Home Secretary Priti Patel, Mr Bone claimed she would be completely embarrassed to have an asylum seeker programme failing if she was President of France Emmanuel Macron. He highlighted that over 3,500 men, women and children have illegally crossed the British Channel into the UK from France.

He noted this was through the exploitation of “evil” human trafficking gangs.

He said: “This year more than 3,500 men, women and children have illegally crossed the Channel after paying thousands and thousands of pounds to evil human trafficking gangs.

“If the Home Secretary was the President of France, wouldn’t she be totally embarrassed by the complete failure of the French Government to properly look after asylum seekers in France?

“To such an extent that these asylum seekers risk their lives to flee France to get to England.” 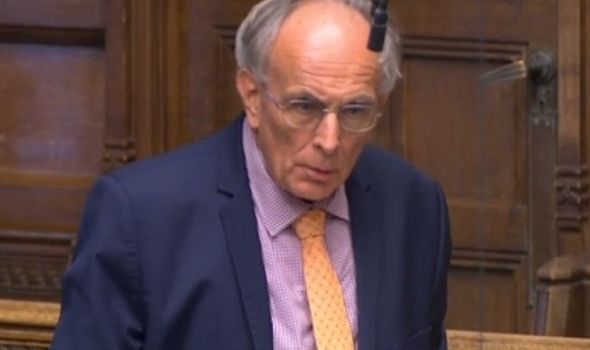 Ms Patel admitted she agreed Mr Bone had made an important point and insisted the UK was working closely with its French counterpart.

She said: “While he makes an important point, we are working with our French counterparts, I will be very clear about that.

“However, we should also recognise upstream migration flows into France are a serious issue.

“But of course, asylum seekers should be claiming asylum in the first safe country.

“That does include France and many other EU member states, who because of the open border policy across the EU are just transiting through.

“Our French counterparts absolutely must do more.

“We are constantly impressing this point upon them.”