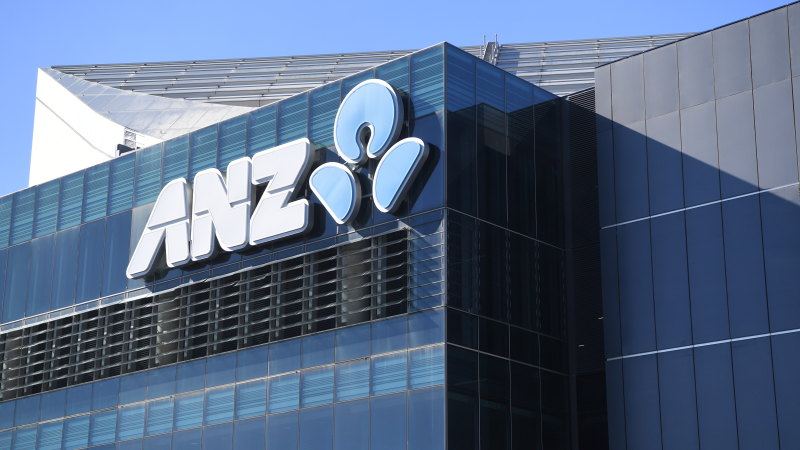 A group of six green activist organisations including Rainforest Action Network (RAN), BankTrack and Reclaim Finance has trawled through Bloomberg terminals and open source data to determine which global banks are financing fossil fuels around the world.

The report found ANZ has written $15.2 billion in loans to 57 high-emitting companies over the past five years, including $2.9 billion last year alone to oil and gas producers such as Santos, Vitol, Thai Oil, United Petroleum and mining giants such as Glencore.

That compares to $6.5 billion worth of exposure to fossil fuels at Westpac, $6.2 billion at the Commonwealth Bank and $3.6 billion at the National Australia Bank over a five-year period, the report said. 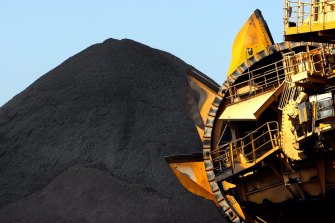 The activists’ findings on the banks’ fossil fuel backing come as analysis by Climate Action 100+, a group of 545 investors managing a combined $70 trillion of assets, found Australian companies were not spending the money required to achieve net zero emissions targets.

ANZ pledged to stop funding new coal mines and power stations from last October, with plans to fully exit thermal coal by 2030. The policy was criticised at the time by senior Nationals politicians who said the bank was giving in to activist pressure, but chief executive Shayne Elliott has maintained the move was driven by financial risk.

However, the activists’ research revealed ANZ’s climate policy did not prevent it from providing loans to CLP Group last year, a Hong-Kong-based electricity company that makes 23 per cent of its revenue from coal and has stakes in coal mines in China, Taiwan and India.

ANZ’s policy also dictates it will only provide finance to “low carbon gas” and renewable energy projects by 2030. However, the bank loaned more than $1 billion last year to Inpex’s Western Australian Ichthys project, referred to as one of the world’s most significant oil and gas projects, the report says.

RAN member Alison Kirsch said ANZ was “ahead by a bullet when it comes to funding climate chaos”, compared to the other big banks. “When the policies are not replicated on the oil and gas side, this is what you see.”

An ANZ spokesman said the bank’s exposure to thermal coal had fallen significantly and would continue to “significantly reduce over time”.

“Since the Paris Agreement was reached in 2015, our exposure to thermal coal mining has reduced by about 70 per cent. Simultaneously, we have committed $50 billion to support companies in their transition to a low-carbon economy,” the spokesman said. “Our exposure to oil and gas businesses has remained relatively flat over the past five years.”

Dan Gocher, climate director at the Australasian Centre for Corporate Responsibility, said ANZ had told investors it was not “shopping around” for new fossil fuel clients, “but they’re not turning down the deals when they come either”.

The federal government has launched a review into corporate policies that exclude investments in fossil fuels, with submissions open to industry and the public closing next month. Mr Gocher said action on climate at ANZ and other banks would “absolutely” be slowed down by the government’s push-back against these exclusions.

“There are companies that won’t speak out on climate just because they’re concerned about the government attacking them in the press,” Mr Gocher said. “This is supposed to be a free market.”

CBA said the bank’s progress on its climate commitments had been outlined in its annual report, showing loans to gas and thermal coal producers had both decreased by 6 per cent over the year while its financing of oil companies had increased by 7 per cent. “We are committed to playing our part in limiting climate change in line with the goals of the Paris Agreement and supporting the responsible global transition to net zero emissions.”

NAB said it was unable to discuss individual customers, but pointed to plans to achieve “effectively zero” thermal coal exposure by 2035 and said it would review oil and gas financing by September. “Our customers are also working towards lower emissions and we are supporting them in developing or improving their low carbon transition plans,” the spokeswoman said.

Westpac also said it could not discuss individual clients, but added the report included diversified entities with limited fossil fuel exposure and multiple countings due to the inclusion of refinancing and underwriting contracts. A spokesman pointed to Westpac’s recent sustainability report, where it reported a $3.3 billion exposure to coal, oil and gas mining.

Mr Gocher said the bank’s climate policies were often vague, and provided the example of NAB banning finance to companies involved in arctic drilling and tar sands mining – operations that don’t exist in Australia. “They’re signalling a bit, but not really delivering on cutting back lending to oil and gas,” he said.

Climate Action 100 head Emma Herd said Australian banks had done “a lot of work” to examine the credit risks in the thermal coal sector, and now this would be extended to other fossil fuel industries following net zero emissions targets announced last year by major trading partners such as China, Korea and Japan.

“Australia’s banks are in between a rock and a hard place at the moment,” Ms Herd said. “Climate change is a very problematic debate in Australia and they face a lot of pressure to do what everybody else wants them to do as well.

A concise wrap of the day on the markets, breaking business news and expert opinion delivered to your inbox each afternoon. Sign up here.