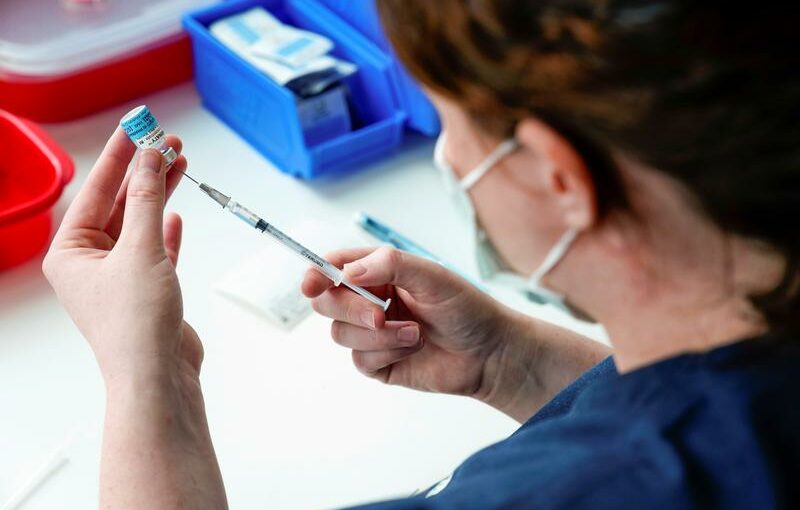 FILE PHOTO: A healthcare professional prepares a dose of the Pfizer coronavirus disease (COVID-19) vaccine as high-risk workers receive the first vaccines in the state of Victoria’s rollout of the program, in Melbourne, Australia, February 22, 2021. REUTERS/Sandra Sanders/File Photo

Earlier this month, the government announced it was in talks with Moderna to establish mRNA vaccine production, and on Friday Canberra said other companies had two months to submit their own proposals.

“We have called for those proposals to come forward and to find out exactly what is needed from those proponents to see these facilities and capabilities being established here in Australia,” Morrison told reporters in Tasmania.

“(It) will be done as a partnership between industry and government,” he said, without elaborating.

Messenger ribonucleic acid (mRNA) vaccines prompt the body to make a protein that is part of the virus, triggering an immune response.

Pfizer Inc and Moderna Inc use mRNA technology in their COVID-19 vaccines, which Australia will use to vaccinate people younger than 50 after Canberra restricted the use of a AstraZeneca vaccine due to blood clot concerns.

Though Australia has fared much better than many other developed nations in containing the pandemic, with just under 30,000 cases and 910 deaths, the COVID-19 vaccine rollout has missed its initial dosage targets.

The national immunisation drive has gathered pace recently with around a third of the 3.3 million doses administered given in the last three weeks.

While industry observers note it will take years to fully establish domestic manufacturing facilities, lawmakers said it would put Australia at the forefront of cutting edge technology.

“It’s very likely as this technology and medical science develops it won’t be simply be vaccines but a range of therapeutic approaches for cancer, for cardiovascular diseases,” Christian Porter, Australia’s Minister for Innovation, told reporters in Perth.