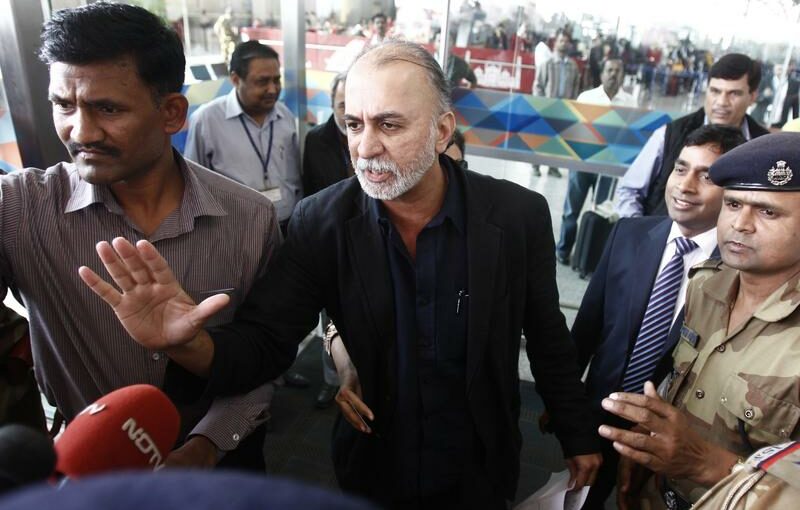 FILE PHOTO: Tarun Tejpal, the 50-year-old founder and editor-in-chief of India’s leading investigative magazine Tehelka, speaks with the media upon his arrival at the airport on his way to Goa, in New Delhi November 29, 2013. REUTERS/Anindito Mukherjee

NEW DELHI (Reuters) – A court in India on Friday acquitted a former top news magazine editor of charges he sexually harassed and raped a colleague, the prosecution said, in an eight-year-old case that raised questions over the safety of women in the workplace.

Tarun Tejpal, 58, led Tehelka magazine which made a name for itself for its exposes of corruption and abuse of power in high places. Police said he assaulted a female staffer in a hotel elevator during a conference in the coastal state of Goa in 2013.

Tejpal said he had been falsely accused of sexual assault by his colleague and that his family went through a difficult period.

“The past seven-and-half years have been traumatic for my family as we have dealt with the catastrophic fallout of these false allegations on every aspect of our personal, professional and public lives,” he said in a statement his daughter read out at the court premises.

The complainant cannot be identified under Indian law and no comment was immediately available from her or her lawyers.

The case threw a spotlight on challenges women face in Indian workplaces where, activists say, few speak up about sexual harassment by colleagues, managers or employers, fearful of losing their jobs or facing public opprobrium.