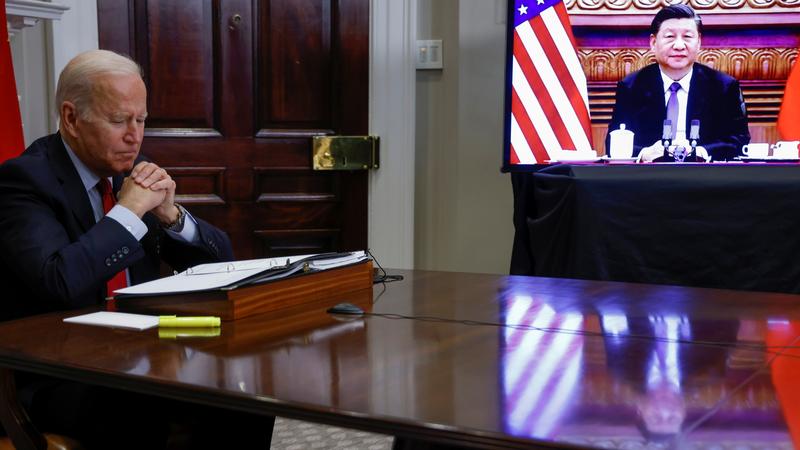 WASHINGTON (Reuters) – U.S. President Joe Biden told Chinese leader Xi Jinping that he hoped to have a candid conversation about human rights and security issues as the two began a meeting meant to lower tensions between the two global superpowers.

“Maybe I should start more formally, although you and I have never been that formal with one another,” Biden told Xi over a video conference as the two leaders engaged in their most extensive talks since Biden became president in January.

Xi said he was very happy to see Biden, who he called an “old friend,” and said that the two sides must increase communication and cooperation to solve the many challenges they face.

The U.S. president added that the two leaders must make sure their relations do not veer into open conflict, including by installing “common sense” guardrails. He promised to address areas of concern for Washington, including human rights and other issues in the Indo-Pacific region.

The talks, which were initiated by Biden and began shortly after 7:45 p.m. Eastern time on Monday (0045 GMT Tuesday), were intended to set terms for future U.S.-China competition. Biden is expected to press Beijing to honor international rules on commerce and security issues.

The early moments of the two leaders’ video dialogue was observed by a small group of reporters who joined Biden in a West Wing conference room before the heads of state spoke privately in a meeting U.S. officials expected to stretch several hours.

Both sides hope the talks will make the relationship less acrimonious here.

The United States and China, the world’s biggest economies, disagree on the origins of the COVID-19 pandemic, trade and competition rules, Beijing’s expanding nuclear arsenal and its stepped-up pressure on Taiwan, among other issues.