A judge has refused a request for a killer to be considered for release into the community after he spends one year in a secure mental health hospital.

Xochil O’Neill attacked and killed Maud Steenbeek in her Heidelberg West home on January 28 last year, when he confronted her while she was on a Skype call to her brother in the Netherlands. Mr O’Neill lived in a nearby street but didn’t know the 61-year-old mother of two. 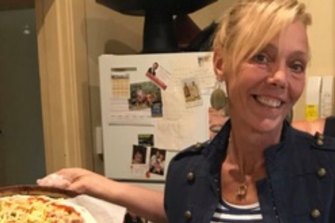 Maud Steenbeek was attacked and killed in her Heidelberg West home.

Supreme Court Justice Elizabeth Hollingworth in May found Mr O’Neill not guilty of murder through mental impairment, after two psychiatrists agreed he experienced either an acute psychotic or manic episode when he killed Ms Steenbeek. He was being treated for his mental health problems at the time, but had never been violent before.

Justice Hollingworth on Tuesday ordered Mr O’Neill be transferred from prison to the Thomas Embling forensic mental health hospital because a bed at the facility was now available. The ruling means the 30-year-old could spend up to 25 years at the hospital. His eventual release depends on his recovery and when he is considered to be no danger to others.

After the judge’s ruling, Mr O’Neill’s lawyer, David Grace, QC, asked that the case be brought back for review next year.

Mr Grace said given the “extraordinary nature” of what caused Mr O’Neill’s actions, it was possible there might never be a repeat and that with treatment he might not require a custodial supervision order in 12 months. 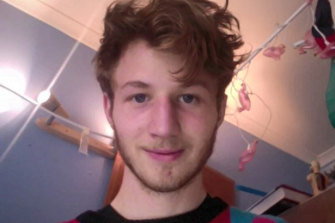 Xochil O’Neill was found not guilty of murder by way of mental impairment.Credit:Nine News

“Absolutely no way,” Justice Hollingworth replied. “Reviews are not meant to happen just as a matter of course.”

She said reviews of mental health cases required substantial work and the evidence suggested Mr O’Neill needed to spend “quite a few years” at the hospital undergoing treatment.

Prosecutor Ray Gibson, QC, said an early review was inappropriate given the killer’s serious mental health problems and the brutality of his attack.

Justice Hollingworth agreed and ruled out an early review, but ordered the case return to the court within three years. A review wouldn’t guarantee his release into the community.

Mr Grace said Mr O’Neill was “extremely sorrowful” for what he did and “mortified” by his actions. He had no memory of the attack but was conscious of Ms Steenbeek’s physical suffering and the emotional trauma he inflicted on her family.

“He is extremely sorry to the whole family for their loss,” Mr Grace said.

“He is determined to undergo treatment to eliminate his risk to society and eventually be allowed to live as a normal person in society.”

A previous hearing was told Mr O’Neill’s housemates witnessed his ramblings and mood changes on January 28 last year, while others saw him acting strangely in the hours before the attack.

At 8pm, he confronted Ms Steenbeek with a Samoan wooden paddle he found in her house and beat her.

Ms Steenbeek’s brother contacted his nephews when the Skype line closed. One of her sons arrived at the scene and fought off the killer but was unable to save his mother.

Mr O’Neill suffered a head injury in the fight with Ms Steenbeek’s son and spent several weeks in hospital until he was charged with murder.

The killer spent 14 months in prison before his court case. The shortage of beds at the Thomas Embling hospital meant that he stayed in jail for a further six months after being found not guilty of murder by way of mental impairment.