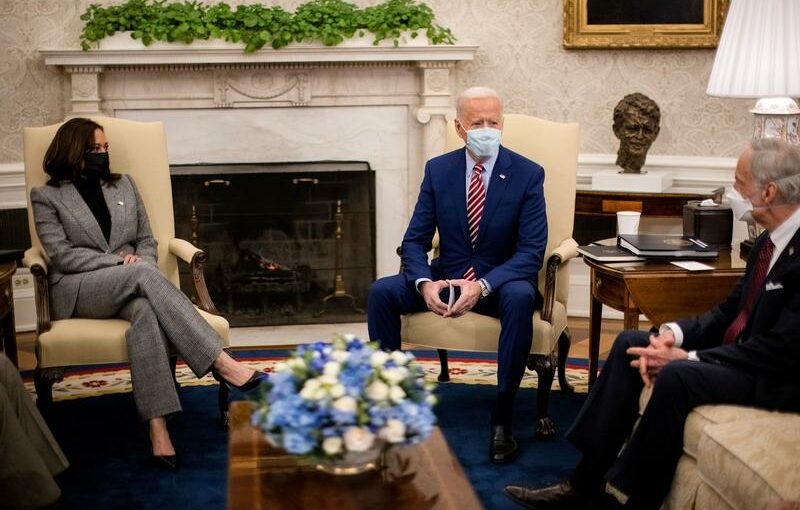 WASHINGTON (Reuters) – President Joe Biden will meet Thursday with a bipartisan group of lawmakers on the White House’s planned push for a massive jump in spending on projects to restore crumbling infrastructure.

The big hurdle, as it has been for more than a decade, remains how to pay for trillions of dollars in new spending when neither Congress nor lawmakers have been willing to raise taxes or find new sources of revenue.

Biden, Vice President Kamala Harris and Transportation Secretary Pete Buttigieg will meet with senior members of the House Transportation and Infrastructure Committee, including chairman Peter DeFazio, a Democrat, and Representative Sam Graves, the top Republican on the panel.

On Wednesday, Buttigieg told a forum: “Everybody will find that their ability to lead a meaningful life depends on the infrastructure available to them.”

Since he took office, the White House has declined to say how much Biden will seek to spend on infrastructure or how he would pay for it.

Some congressional aides think the White House could propose to fund any projects by increasing the deficit, but some, like the Chamber of Commerce, for years have proposed hiking taxes to pay for road repairs.

For instance, Congress has not boosted the 18.4-cents-per-gallon federal gasoline tax since 1993, and it is now worth just 10.2 cents after adjusting for inflation.

On Wednesday, an engineering group said the United States needed to come up with $2.59 trillion over the next decade to address crumbling roads and bridges and other infrastructure needs.

The report urges the United States to increase infrastructure investment from all levels of government and the private sector from 2.5% to 3.5% of U.S. gross domestic product by 2025.