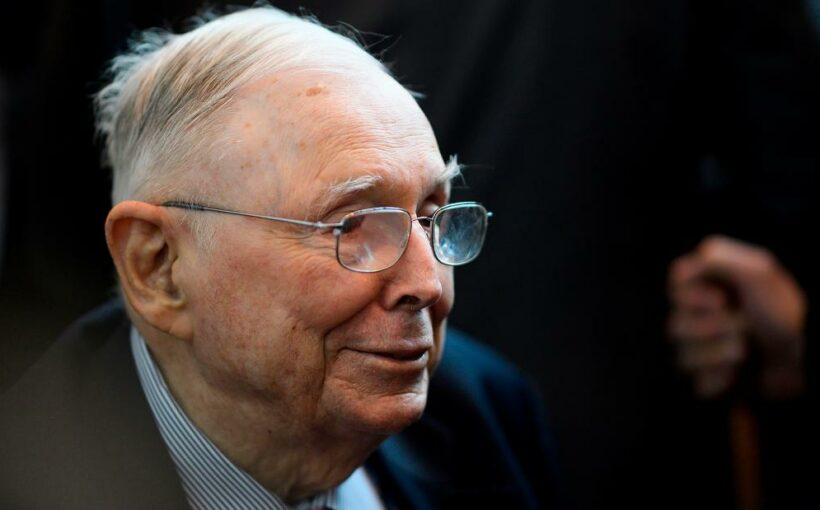 New York (CNN Business)Charlie Munger, the longtime pal of Berkshire Hathaway’s Warren Buffett, is apparently a very big fan of Alibaba… even though the 98-year-old has recently praised the Communist government of China for cracking down on the Chinese e-commerce company and cloud giant.

Munger, who is a vice chairman at Berkshire Hathaway (BRKB), also runs his own publicly traded company, newspaper publisher and investment firm, Daily Journal (DJCO), which has nearly doubled its stake in Alibaba (BABA) for the second time in recent months.
According to a Tuesday filing with the Securities and Exchange Commission, Daily Journal owned 602,060 shares of Alibaba as of the end of 2021, a stake worth $71.5 million. That’s almost double its holdings as of the prior quarter, when Daily Journal owned 302,060 Alibaba shares, valued at the time at $44.7 million.

Munger, who turned 98 on New Year’s Day, has bet even more on Alibaba as its stock continues to fall due to concerns about a crackdown on big tech firms from Beijing as well as worries about slowing earnings growth at Alibaba.

Shares of Alibaba plunged 20% during the fourth quarter of last year after losing nearly half their value in 2020.

Munger’s bet on Alibaba is particularly noteworthy because he has made numerous controversial comments in the past year praising China for how it has handled criticism from tech moguls such as Alibaba’s Jack Ma.

Although Daily Journal bought more Alibaba shares in the fourth quarter, it did not change its positions in four other investments: financial giants Bank of America (BAC), US Bancorp (USB), and Wells Fargo (WFC) as well as South Korean steelmaker Posco (PKX).
Munger has also been in the headlines over the past year due to several stories focusing on the unusual architecture, most notably windowless dormitories, featured at schools where he has given significant donations to fund student housing. Munger has a net worth of $2.4 billion, according to Forbes.
Source: Read Full Article