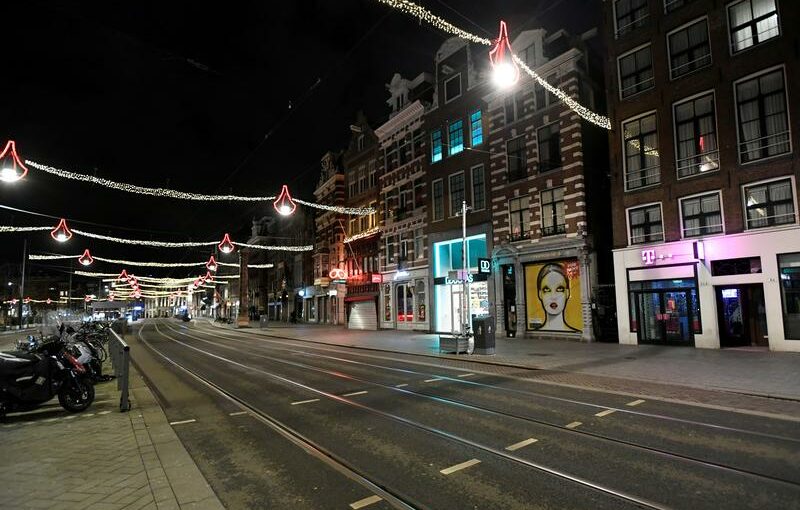 AMSTERDAM (Reuters) – COVID-19 cases are rising again in the Netherlands after weeks of decline as cases of the British variant of the virus have come to predominate among new infections, health authorities said on Tuesday.

In its weekly update, the National Institute for Health (RIVM) said there were 25,229 new cases in the week through Feb. 16, slightly more than the week before. But fewer people were tested due to disruptions from a snowstorm and icy weather, and the percentage of suspected cases testing positive increased.

The RIVM estimated that the B.1.1.7 strain of the disease first identified in Bristol in southwest England became more prevalent in the Netherlands by early February, now accounts for more than two-thirds of all cases and will continue to grow.

The government on Jan. 23 imposed the toughest lockdown measures since the start of the pandemic, including the country’s first night-time curfew since World War Two? and a ban on receiving more than one visitor at a home at one time.

The RIVM said that in the ensuing weeks, cases of the new strain have continued to rise anyway.

“Thanks to the extra measures and people’s behaviour associated with them, we were able to avoid a fast rise in the number of people with positive tests through the end of January,” it said in an analysis.

The Dutch vaccination program has got off to a slow start, with just 2.4% of the population so far having received a shot.

Prime Minister Mark Rutte called on the country on Tuesday to respect the curfew, saying it was still needed to fight the coronavirus pandemic despite a court ruling hours before that the measure lacked a legal basis.