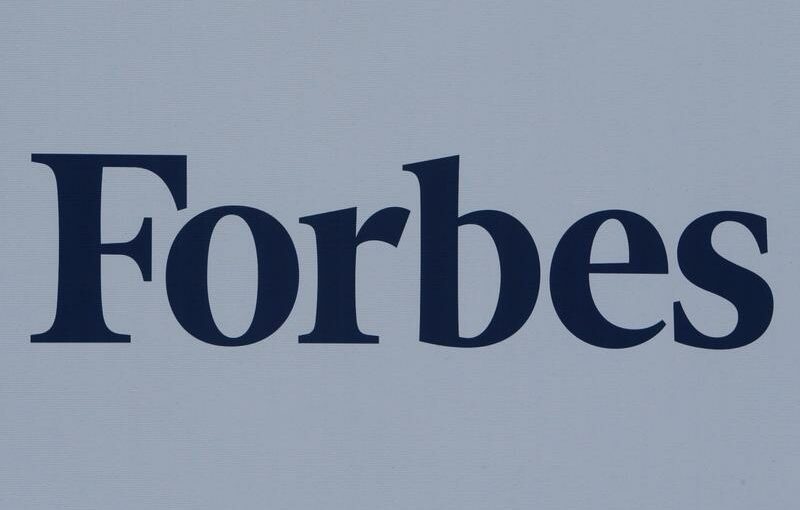 NEW YORK (Reuters) – Business news and information publisher Forbes Media LLC is in talks to go public through a merger with a special purpose acquisition company (SPAC) as it attracts new acquisition interest, people familiar with the matter said on Thursday.

FILE PHOTO: The logo of Forbes magazine is seen on a board at the St. Petersburg International Economic Forum 2017 (SPIEF 2017) in St. Petersburg, Russia, June 1, 2017. REUTERS/Sergei Karpukhin

Forbes’ owner is also fielding offers worth up to $700 million from bidders including a consortium led by tech investor Michael Moe and another offer from investment vehicle Borderless Services Inc, the sources said. Both of these bids would result in Forbes remaining a privately held company.

A deal could result in Forbes’ ownership changing hands seven years after Hong Kong-based investor group Integrated Whale Media Investments purchased 95% of the company. The remainder of Forbes is owned by the Forbes family.

A proposed deal with a SPAC would take Forbes public on the U.S. stock market, enabling the existing owners to benefit from any share price increase on their remaining stakes.

The identity of the SPACs in talks with Forbes was not immediately clear.

A Forbes spokesman said: “We have no comment, but investors have consistently shown interest in Forbes, which has produced three years of record results. 2021 is shaping up to be a strong year as well.”

Integrated Whale Media could not immediately be reached for comment. Moe and Borderless Services declined to comment.

Moe is founder and CEO of GSV Ventures. Borderless Services is an investment vehicle specializing in blockchain technology and is led by entrepreneur Patrick McConlogue.

The Borderless Services bid has a debt financing commitment from private equity firm Ares Management Corp, the sources added. Were it to acquire Forbes, Borderless Services would install a new management team and introduce cryptocurrency products such as a Forbes digital wallet, where users could manage digital currencies, some of the sources said.

The sources, who requested anonymity because the matter is confidential, cautioned it is still possible no deal for Forbes will materialize or another bidder could emerge.

Forbes joins other media companies including Bustle Digital Group and BuzzFeed in pursuing a SPAC deal. SPACs are shell companies that raise funds in an initial public offering with the aim of merging with a private company, which becomes public as result. In the past year, they have become a popular alternative to a traditional IPO.

Forbes was valued at $475 million in 2014 when Integrated Whale Media bought a majority stake in the company from the Forbes family and investment group Elevation. Chinese conglomerate HNA Group made an unsuccessful bid to acquire a majority stake in Forbes in 2017, Reuters reported at the time.

As one of the oldest media outlets in the United States, Forbes publishes its flagship magazine which reaches 6 million readers. Founded by B.C. Forbes in 1917, it has long championed capitalism and entrepreneurship and is known for its annual list of the world’s wealthiest people.

The company has been undergoing a digital transformation amid declining print revenue. It has been doubling down on expanding key franchises like Under 30 and live events, most of which have become virtual during the COVID-19 pandemic. It says its digital platform now reaches more than 140 million people with 40 global editions.