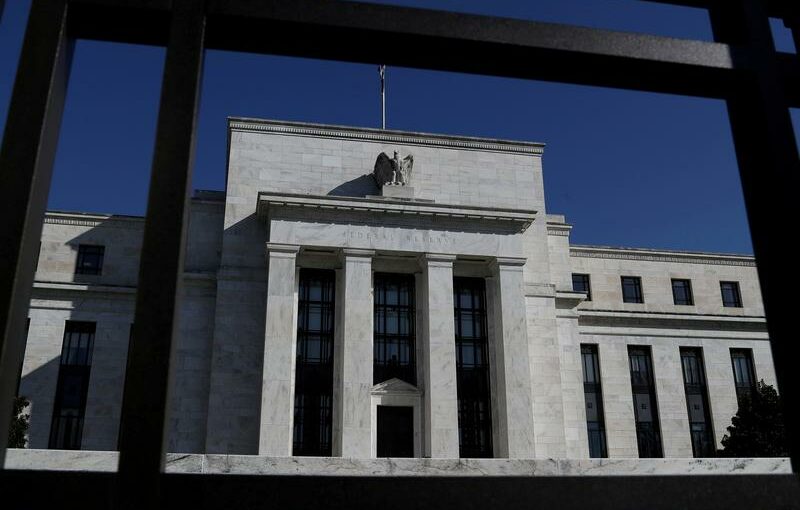 Cash-heavy financial institutions have been loaning money to the central bank overnight at 0% interest in increasing amounts since March.

The market is grappling with a glut of cash in the system from Fed asset purchases and the U.S. Treasury’s financial support to the economy in response to the coronavirus pandemic as well as the Treasury reducing its balance at the Treasury General Account, its store of cash with the Fed, ahead of the nation’s debt ceiling coming back into effect at the end of July.

The record amount accepted by the New York Fed for Thursday’s RRP operation was up from Wednesday’s $450 billion and exceeded a previous high of $474.6 billion on Dec. 31, 2015, according to data from TD Securities.

“This definitely increases the odds that the Fed does something, that they’re going to have to make additional tweaks either to the counterparty limits on the reverse repo facility, maybe hike the rate on the facility, and they obviously could hike the IOER (interest on excess reserves), but we feel that is probably the last resort,” said Aneta Markowska, chief economist at Jefferies.

The IOER, which is currently at 0.10%, along with the overnight repo rate, help the Fed keep its key policy rate, the federal funds rate, within the target range.

“US funding markets are currently awash with liquidity,” wrote Bank of America analysts Mark Cabana and Olivia Lima in a research note on Wednesday, saying the abundance of cash stems from two sources: Fed quantitative easing and debt limit-induced paydown of the U.S. Treasury cash balance by the end of July.

“The liquidity increase will persist for months,” they wrote, noting there was “limited relief in sight.”

The U.S. government runs most of its day-to-day business through the TGA – managed by the New York Fed.

The Treasury spends down cash built up as it gets closer to the debt ceiling and refrains from issuing more debt. A drop in the TGA results in a rise in bank reserves, and banks in need of funds to meet their reserve requirements often turn to the repo market.

The TGA has dropped by about $1 trillion since October to less than $800 billion.

The Fed launched its reverse repo program in 2013 to soak up extra cash in the repo market and create a strict floor under market rates, particularly its policy rate. Eligible counterparties lend cash to the Fed in return for Treasury collateral on an overnight basis.

At its March meeting, the Fed raised the amount counterparties can lend to $80 billion, from $30 billion.