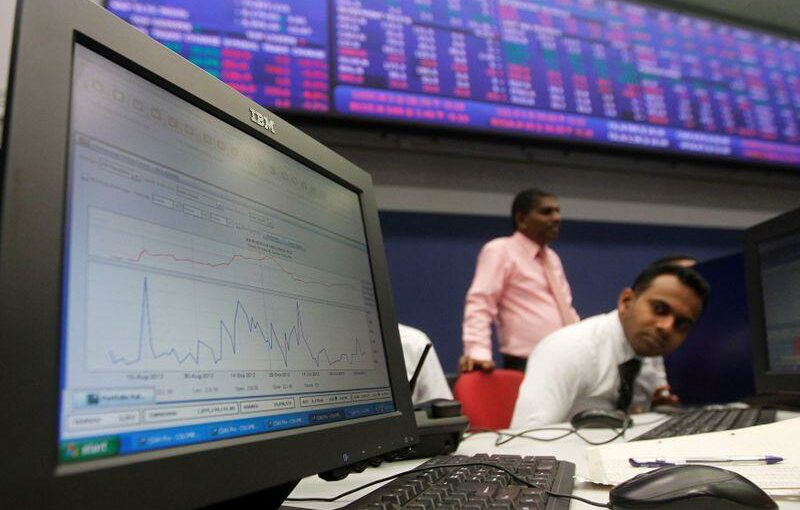 NEW YORK/LONDON (Reuters) – U.S. bond yields fell below a key level on Wednesday as investors sought safety in bonds, and stocks steadied ahead of a readout on U.S. monetary policies later in the day.

FILE PHOTO: A broker is pictured near a computer screen showing movements in the stock market since the morning opening at the Colombo Stock Exchange February 6, 2014. REUTERS/Dinuka Liyanawatte/File Photo

Doubts about the strength of the global economy and possible resurgence of COVID-19 variants had set investors on edge, adding to concern about when and how much the U.S. Federal Reserve will tilt towards fighting inflation and reduce support for the economy.

“There’s a sense with recent economic data that even if there are some Fed members likely to look towards tapering (support for the economy), the overall policy will stay very loose and uninterrupted because we are not seeing anything indicative of ‘too hot,’” said Juan Perez, FX strategist at Tempus Inc in Washington.

“In fact, global risks have gone up, so with doubt over interest rates as well as inflationary growth, the buck could gain and there’s not much behind yields as a booster.”

Investors have been nervous about riskier assets ahead of the release Wednesday of the June policy minutes, expected to show how serious members are about tapering their asset buying and how early rate hikes could begin.

“If the minutes are really pushing towards tapering, we are going to see gold rise, the dollar rise and equities fall,” said Giles Coghlan, chief currency analyst at HYCM.

The MSCI world stocks index was little changed at 723.52, after hitting a record high of 726.11 early on Tuesday.