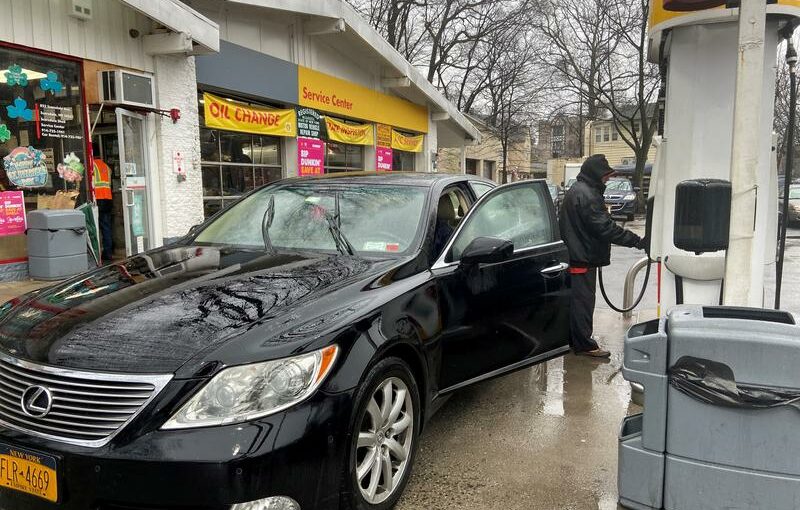 WASHINGTON (Reuters) – U.S. consumer prices increased solidly in December amid a surge in the cost of gasoline, though underlying inflation remained tame as the economy battled a raging COVID-19 pandemic, which has weighed on the labor market and the services industry.

The Labor Department said on Wednesday its consumer price index increased 0.4% last month after gaining 0.2% in November. An 8.4% jump in gasoline prices accounted for more than 60% of the rise in the CPI. In the 12 months through December the CPI advanced 1.4% after increasing 1.2% in November.

The CPI increased at a 1.7% average annual rate over the last 10 years.

Excluding the volatile food and energy components, the CPI edged up 0.1% after climbing 0.2% in November. The so-called core CPI was restrained by decreases in the prices of used cars and trucks, recreation, airfares and healthcare.

U.S. stock index futures were flat. The dollar rose against a basket of currencies. U.S. Treasury prices were higher.

The services sector, which accounts for more than two-thirds of the U.S. economy has been hardest hit by the virus. The Federal Reserve tracks the core personal consumption expenditures (PCE) price index for its 2% inflation target, a flexible average. The core PCE price index is at 1.4%.

Economists are divided on the outlook for inflation this year. Some believe inflation will breach its target, citing nearly $900 billion additional pandemic relief approved by the government in late December and expectations for more fiscal stimulus from incoming President Joe Biden’s administration and the Democratic-controlled Congress.

Biden will be sworn in next Wednesday. Indeed, U.S. Treasury yields have risen in anticipation of stronger economic growth in the second half of the year. A survey this month showed a measure of prices paid by manufacturers jumped in December to its highest level since May 2018, likely reflecting bottlenecks in the supply chain caused by the virus.

But other economists expect price pressures to remain benign, arguing that manufacturers have limited capacity to pass on the increased production costs to consumers, with at least 19 million Americans on unemployment benefits. The labor market stress is also seen curbing wage growth, while high rental vacancy rates are likely to restrain rental inflation.

Nevertheless, all agree that year-on-year inflation will rise in the next few months as the coronavirus-related weak readings in March, April and May drop out of the calculation.

Owners’ equivalent rent of primary residence, which is what a homeowner would pay to rent or receive from renting a home, edged up 0.1% after being unchanged in November. Many tenants have entered into forbearance agreements with landlords.

Consumers continued to pay less for healthcare, with prices declining 0.2% after falling 0.1% in November. Prices of used cars and trucks dropped 1.2%, declining for a third straight month. The cost of airline fares tumbled 2.3%. Prices for hotel and motel accommodation were unchanged.