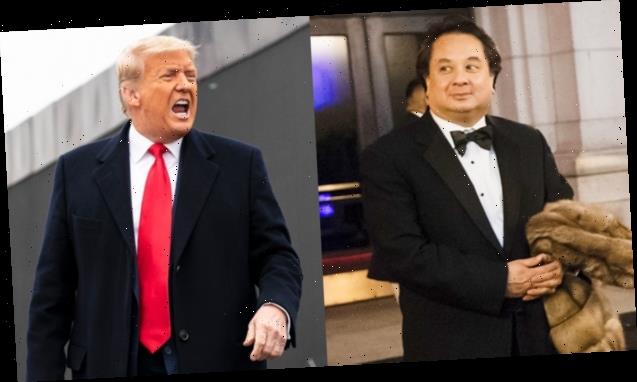 Ahead of Donald Trump’s historic second impeachment, George Conway blasted the ‘psychopath’ for his role in the Capitol insurrection, before mocking the ‘weak’ Trump over how he ‘can’t even tweet at us.’

“His support is collapsing, the way we saw [Richard] Nixon’s support collapse in a matter of days back then,” George Conway said of President Donald Trump during the Jan. 13 episode of Morning Joe. The attorney, founding member of the Lincoln Project, and father of 16-year-old Claudia Conway stopped by the show to discuss Trump, 74, on the eve of his historical second impeachment, following the siege on the Capitol building the week before. “No matter whether or not [Trump] gets removed before his term of office ends or not, he’s leaving in complete disgrace,” said Conway.

While George drew comparisons between Trump and Nixon, he noted that there was going to be a big difference when Trump leaves Washington. “I remember watching when Nixon left, August 9th, 1974, watching all morning,” said Conway. “And you saw some contrition, you saw some regret. You saw some sadness and sorrow for a man who actually did, unlike Donald Trump, love his country and wanted to do right by the country, even though he made some serious mistakes and broke some major laws. You don’t see that with Trump, and one of the things you’re not going to see is any sympathy for Donald Trump the way there was some sympathy for Nixon when he left Washington as a broken man.” 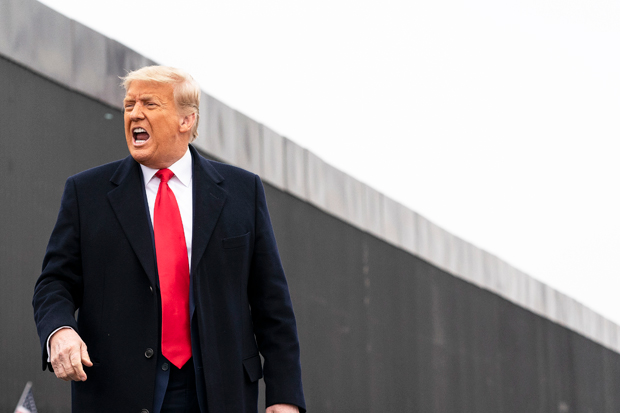 “This man, Donald Trump, because he’s a psychopath, a man who could gloat and watch in glee as the Capitol was ransacked and attacked, and his people’s lives were threatened, this psychopath is…going to be a pariah for the rest of his life,” added Conway. “And there may be some Republicans who still support him now, but those Republicans are the Republicans…who seek some kind of an authoritarian leader, who’s ‘all-powerful,’ and he’s leaving in absolute weakness. He can’t even tweet at us this morning.” 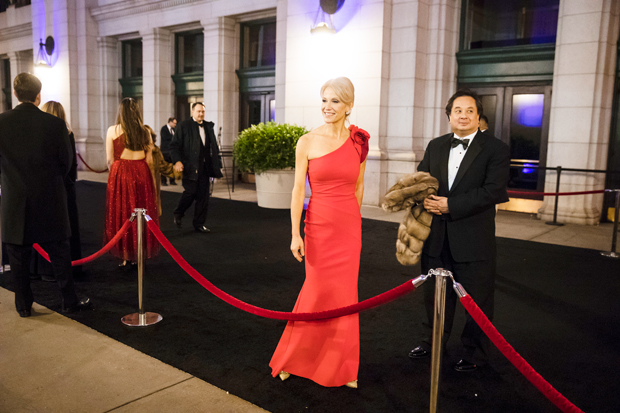 George and his daughter have been vocal critics of the president, despite Kellyanne Conway’s involvement in the Trump administration. Claudia has become a social media starlet for her anti-Trump commentary and rebellious stunts. When she shared a TikTok of her dancing to an anti-Trump song in front of her mother, fans dubbed her “Time’s Person of the Year 2020.” However, despite Claudia and George sharing a mutual hatred of Donald Trump, the teenager has indicated not is well in the Conway household. She posted on Jan. 8 that her dad “dipp[ed] this morning” and “wants nothing to [with] our family.” A few days later, she shot a TikTok in her father’s closet. “Selling all my dad’s sh-t on ebay. Hurry up everythings going fast.” 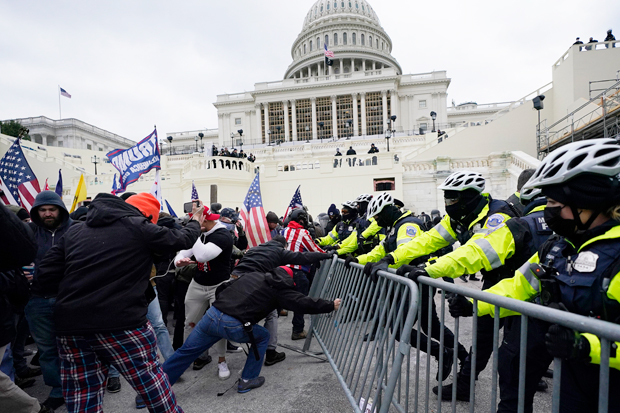 As this domestic drama plays out, there is a greater political drama unfolding in Washington. House Speaker Nancy Pelosi announced on Jan. 11 that Democrats would seek to impeach Trump for “incitement of insurrection” following the Jan. 6 riots that saw pro-Trump insurgents storm the Capitol in protest of Joe Biden’s certification as president-elect. “President Trump gravely endangered the security of the United States and its institutions of Government. He threatened the integrity of the democratic system, interfered with the peaceful transition of power, and imperiled a coequal branch of Government. He thereby betrayed his trust as President, to the manifest injury of the people of the United States.”

After Vice President Mike Pence refused to invoke the 25th Amendment – which would allow the cabinet to remove the president if he’s unable to discharge his duties – the House began the impeachment process on Jan. 13.