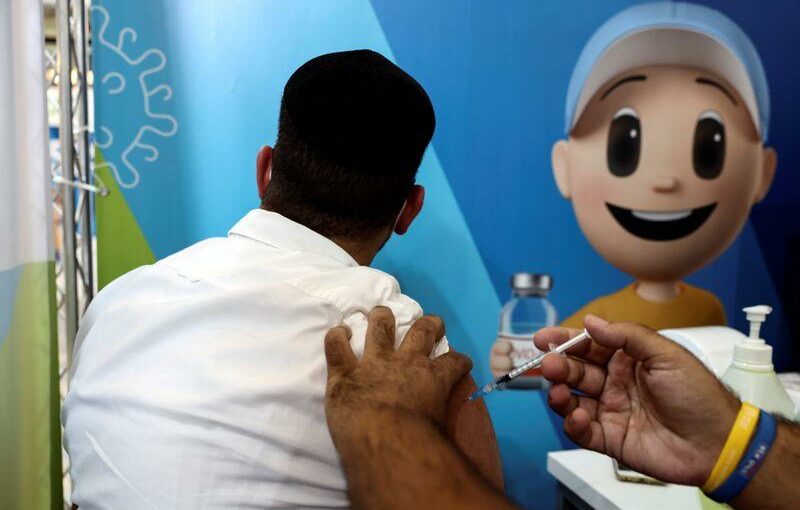 JERUSALEM (Reuters) – Israel on Sunday began offering a COVID-19 booster to children as young as 12, and its prime minister said a campaign that began a month ago among seniors has slowed a rise in severe illness caused by the Delta variant.

“The third dose brings us to the level of protection achieved by the second dose, when it was fresh,” said Sharon Alroy-Preis, head of public health at Israel’s Health Ministry.

“That means, people are 10 times more protected after the third vaccine dose,” she told a news conference, where the expanded booster drive was announced.

Those eligible for the third shot can receive it provided at least five months have passed since their second jab – a timeframe shorter than an eight-month interval in effect in the United States, which is considering cutting the waiting time.

Hoping to curb the spread of the highly contagious Delta variant, Israel began administering the booster to its older population a month ago and has been gradually lowering the age of eligibility. It stood at 30 before Sunday’s announcement.

So far 2 million people out of a population of 9.3 million have received three doses.

“There are already results: the increase in severe morbidity has begun to slow,” Prime Minister Naftali Bennett said in a statement. “But we have to complete third doses for all of our citizens. I call on those aged 12 and up to go out and immediately take the third shot.”

Israel and other countries have pressed ahead with booster plans despite opposition from the World Health Organization, which said more of the world should be vaccinated with a first dose before people receive a third.