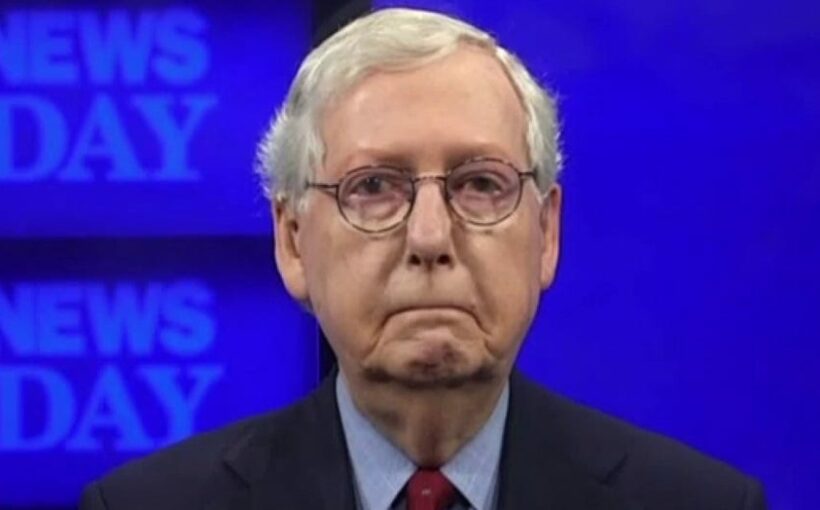 Senate Minority Leader Mitch McConnell, R-Ky., calls the the U.S. exit from Afghanistan ‘one of the worst foreign policy decisions in American history,’ noting that ‘just because we decide to quit fighting, doesn’t mean the terrorists go away.’

Senate Minority Leader Mitch McConnell on Sunday blasted the Biden administration for its botched withdrawal from Afghanistan, saying it was “much worse than Saigon.”

“We’re looking at the exit, and over the next two days, our heroic military is doing the best they can with a horrible policy decision. This is one of the worst foreign policy decisions in American history,” McConnell said during a “Fox News Sunday” interview. “Much worse than Saigon, because after we left Saigon there weren’t Vietnamese terrorists who were planning on attacking us here at home.”

McConnell continued by saying he “fear[s] for the future” of the United States continuing to fight the “war on terror” and said that just because the United States stops fighting in Afghanistan doesn’t mean terrorists go away.

“They are still out there. They are invigorated. They are emboldened and excited about the success they see in bringing America to its knees in Afghanistan,” McConnell said.

“Fox News Sunday” host Chris Wallace later asked McConnell how the United States will safely evacuate Americans and Afghans from Kabul after the Aug. 31 deadline when the U.S. military leaves and how they will protect the United States in the future from terrorist attacks.

“We will not have sources on the ground. The over the horizon attacks such as was carried out is, you know, quite limited in effectiveness and every American or Afghan ally left behind is either a potential victim or a hostage,” McConnell said. “Remember the Taliban love taking hostages. they’ve done this before. it puts us in an extraordinarily difficult position and also remember, Afghanistan is landlocked. There’s only one way in by air and one way out by air.”

McConnell argued that a small military presence in Afghanistan was working and noted that the number of U.S. military casualties has been “quite modest” since 2014 compared to the number of Afghan casualties which is in the tens of thousands.