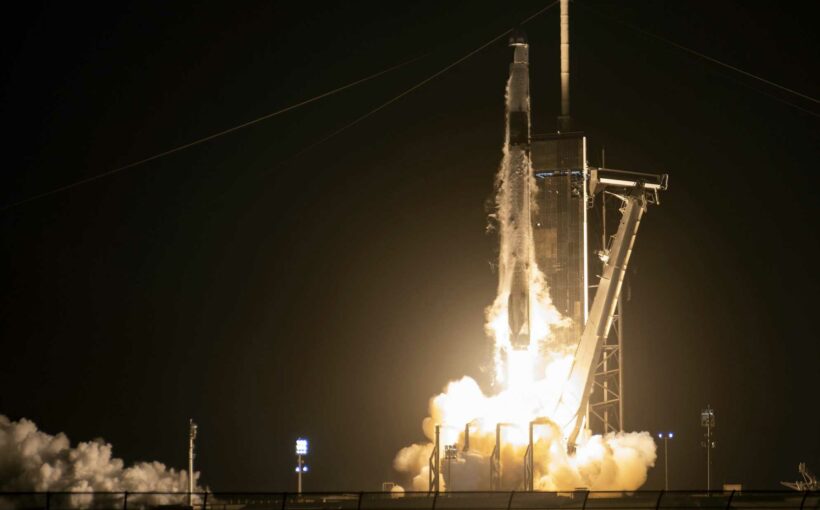 A SPACEX shipment of ants, avocados and a human-sized robotic arm rocketed toward the International Space Station on Sunday.

The delivery due to arrive Monday is the company's 23rd for Nasa in just under a decade. 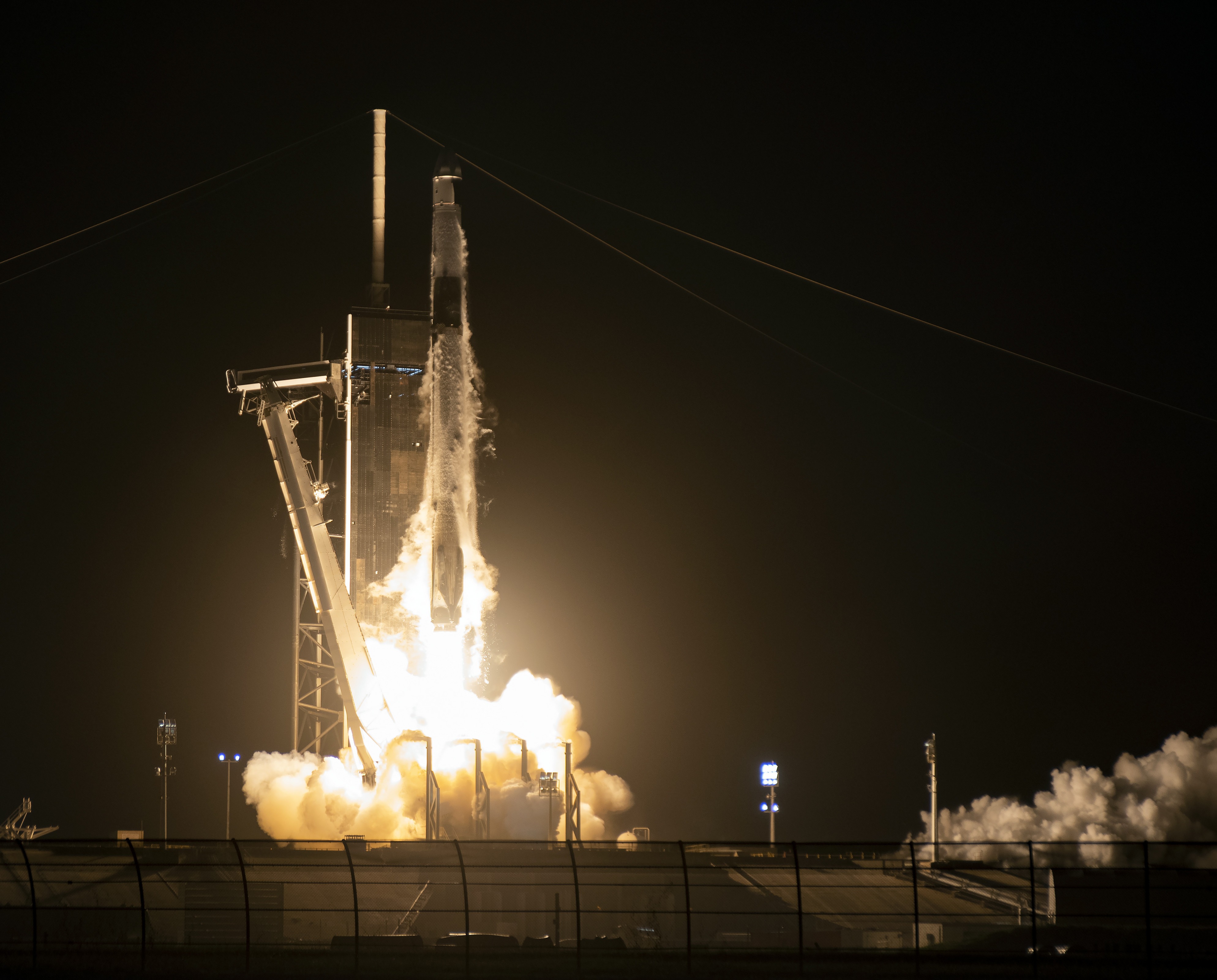 After hoisting the Dragon capsule, the first-stage booster landed upright on SpaceX's newest ocean platform, named A Shortfall of Gravitas.

SpaceX founder Elon Musk continued his tradition of naming the booster-recovery vessels in tribute to the late science fiction writer Iain Banks and his Culture series.

The Dragon is carrying more than 4,800 pounds (2,170 kilograms) of supplies and experiments.

Fresh food is also on board, including avocados, lemons and even ice cream for the space station's seven astronauts.

The Girl Scouts are sending up ants, brine shrimp and plants as test subjects.

University of Wisconsin-Madison scientists are flying up seeds from mouse-ear cress, a small flowering weed used in genetic research.

Samples of concrete, solar cells and other materials also will be subjected to weightlessness.

A Japanese start-up company's experimental robotic arm, meanwhile, will attempt to screw items together in its orbital debut and perform other mundane chores normally done by astronauts.

The first tests will be done inside the space station.

Future models of Gitai's robot will venture out into the vacuum of space to practice satellite and other repair jobs, said chief technology officer Toyotaka Kozuki.

As early as 2025, a squad of these arms could help build lunar bases and mine the moon for precious resources, he added.

SpaceX had to leave some experiments behind because of delays resulting from COVID-19.

It was the second launch attempt; Saturdays try was foiled by stormy weather.

Nasa turned to SpaceX and other U.S. companies to deliver cargo and crews to the space station, once the space shuttle program ended in 2011. 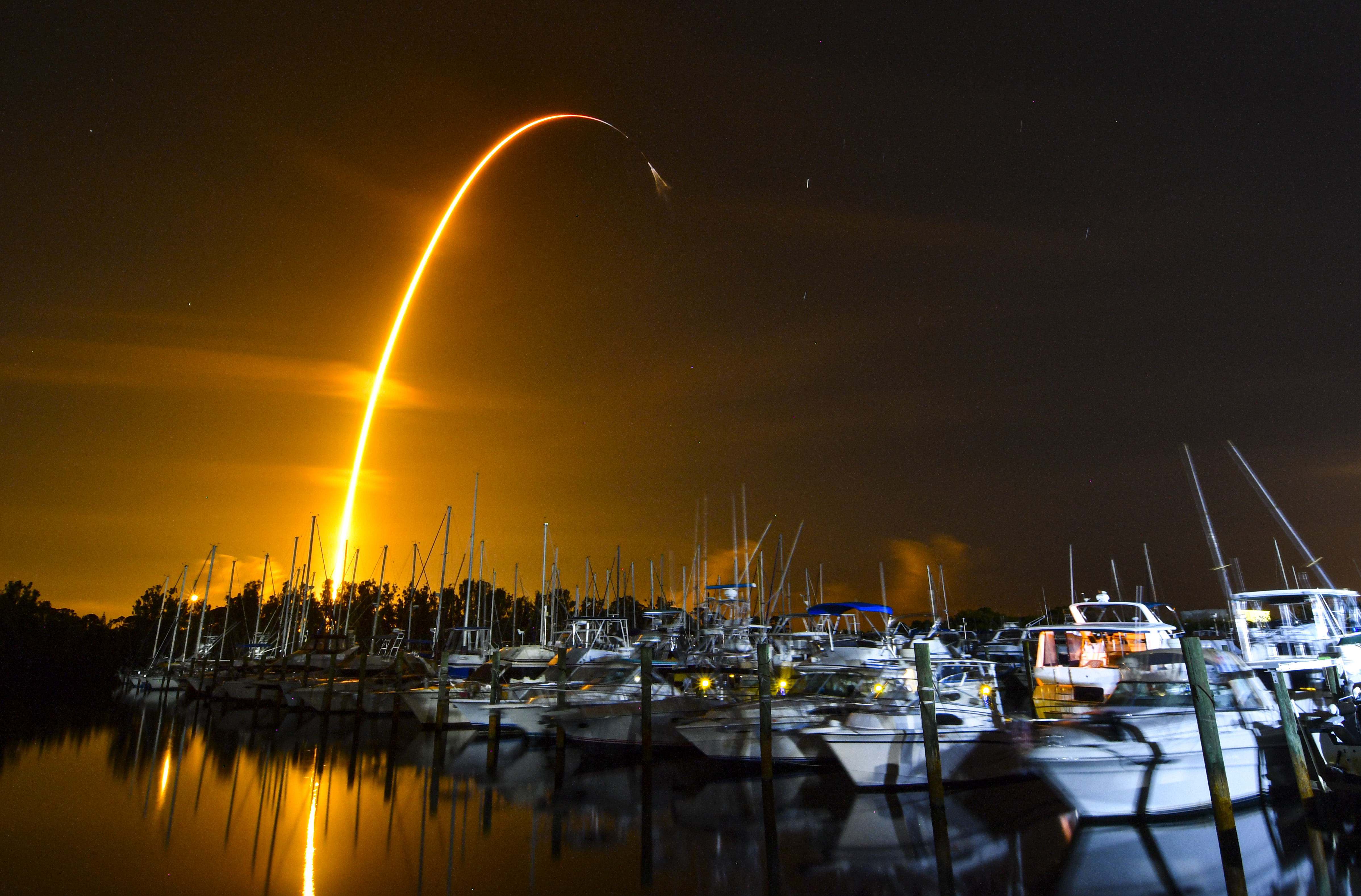 Find out more about science

Want to know more about the weird and wonderful world of science? From the Moon to the human body, we have you covered…

In other news, Nasa scientists think evidence of ancient life on Mars may have been "erased" from the planet's surface.

Amazon founder Jeff Bezos says his recent mission to the cosmos was a "tiny step in building a road to space".

And, aliens may have dropped life-detecting sensors onto Earth, according to a Harvard University professor.

We pay for your stories! Do you have a story for The Sun Online Tech & Science team? Email us at [email protected]