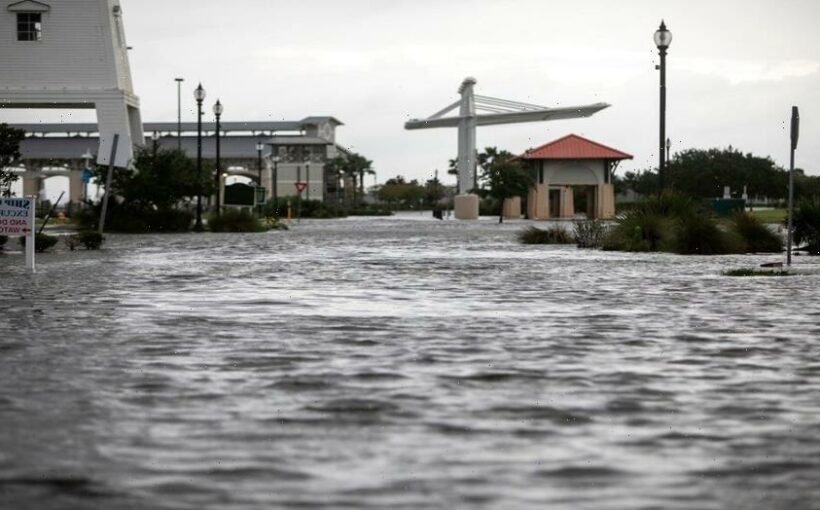 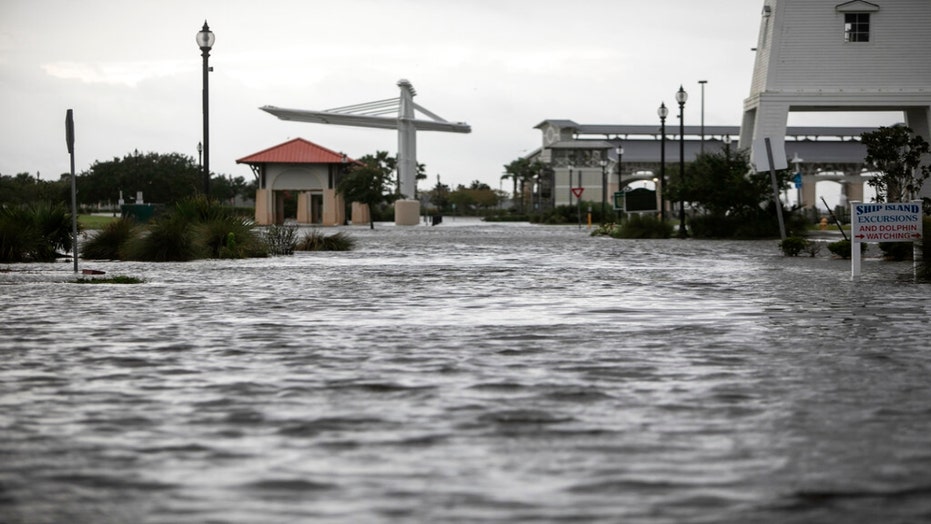 CNR is a 501(c)3 organization that has undergone training from both FEMA (Federal Emergency Management Agency) and the Department of Homeland Security (DHS).

Founded in 2016, the group of volunteers has assisted in numerous rescue operations over land and water.

Udell spoke with Fox News on Sunday as Ida made landfall near Port Fourchon, Louisiana.

She said the nonprofit was “all-hands-on-deck.”

“We’ve activated anyone which is on mobile command post and we are pre-staging our boaters in areas that are outside of the storm area. One of the things that we have done to help prepare is as soon as we saw the possibility that a storm could form – even when it was with the National Hurricane Center being 20% – we start watching,” she explained. “And, with our plans and our experience from previous years, especially from 2020, we have a great system down as far as our planning process is concerned and we start having meetings early. We also use the off-season to help prepare.”

“We have boaters. We have a medical team. We actually have another team coming in. Impact Northwest is coming in from Seattle, Washington. They will be arriving [in] the area today and will be deploying with us as well,” Udell continued. 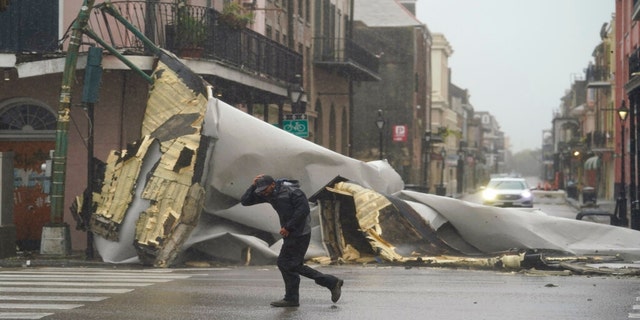 A man passes by a section of roof that was blown off of a building in the French Quarter by Hurricane Ida winds, Sunday, Aug. 29, 2021, in New Orleans.
(AP Photo/Eric Gay)

CNR has more than 100 volunteers who are “actively working the storm” right now and a volunteer network of more than 3,000 people who they can “tap into at any time.”

“So, there are volunteers from all walks of life. We have crane operators. We have elevator engineers. We have everyday people. You pick a career, we have somebody [who] works in it. We have nurses that have been working [on] the COVID floors. We have individuals that do wildlife rescue. We even have a volunteer [who] is in the U.K. [and] has been helping us out.,” Udell said.

In order to coordinate emergency relief efforts – especially as power and cellphone towers are rendered inactive – CNR and its volunteers use apps, including Zello and Glympse.

“And then, if communications do happen to go out, we have a command post and we have specific instructions for our teams,” she added. “We trust our division leads and trust our judgment.” 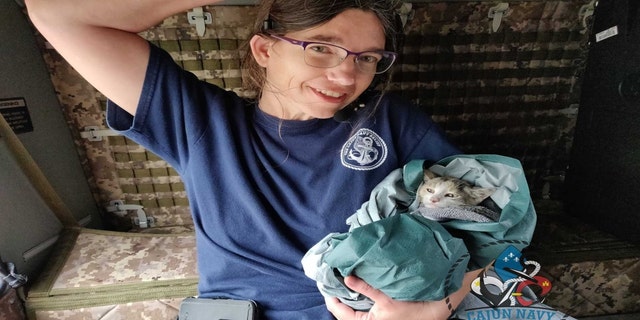 In addition, the CNR team utilizes a varied array of websites, have contacts in meteorology and remain in touch with Louisiana and GOHSEP (Governor’s Office of Homeland Security and Emergency Preparedness) officials.

Nearly a Category 5 storm, Ida’s maximum sustained winds at landfall were estimated to be 150 mph.

The National Hurricane Center reported earlier Sunday that the eye of Ida made a second landfall along the state’s southern coast just southwest of Galliano, with maximum sustained winds estimated at 145 mph.

“This is devastating. This is devastating for Louisiana. I mean, Hurricane Laura came into Lake Charles and then so much damage as far as square mileage last year, wind and trees,” Udell told Fox News. “This is unprecedented.”

Speaking with reporters on Sunday, President Biden said the storm was life-threatening with “immense” devastation and assured that affected areas would receive the full resources of the federal government.

According to Fox Weather’s Janice Dean, only two hurricanes on record, since 1851, have made landfall in Louisiana with sustained winds that strong: Last Island in 1856, and Hurricane Laura in 2020. Both of those hurricanes were 150 mph at landfall.

Hurricane Ida, one of the most powerful storms ever to hit the U.S., notably struck on the same date Hurricane Katrina ravaged Louisiana and Mississippi 16 years earlier.

“This is not the kind of storm that we normally get. This is going to be much stronger than we usually see and, quite frankly, if you had to draw up the worst possible path for a hurricane in Louisiana, it would be something very, very close to what we’re seeing,” Gov. John Bel Edwards told The Associated Press on Sunday. 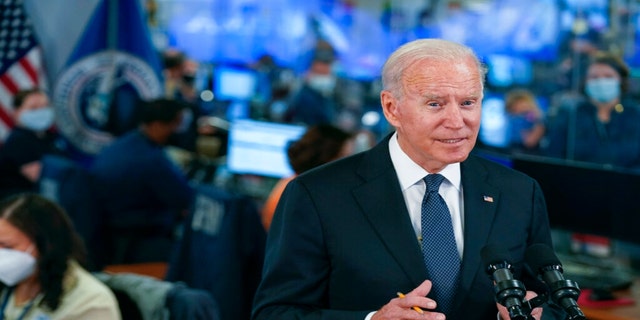 President Joe Biden speaks at the National Response Coordination Center at FEMA headquarters, Sunday, Aug. 29, 2021, in Washington. Hurricane Ida blasted ashore Sunday as one of the most powerful storms ever to hit the U.S.
(AP Photo/Manuel Balce Ceneta)

The city was focusing specifically on a post-storm response due to the timing of the hurricane and Cantrell noted that its hospitals were “at capacities as well.”

There are more than 2,400 COVID-19 patients in Louisiana hospitals, according to the governor.

However, he said, evacuating the hospitals was not an option.

“There aren’t hospitals with the capacity to take them,” Edwards said. “And so making sure that they can maintain power and water, have access to all the things that they need and oxygen and other things is going to really consume a lot of our time and attention because we know that the lights could be out, power could be out for weeks.” 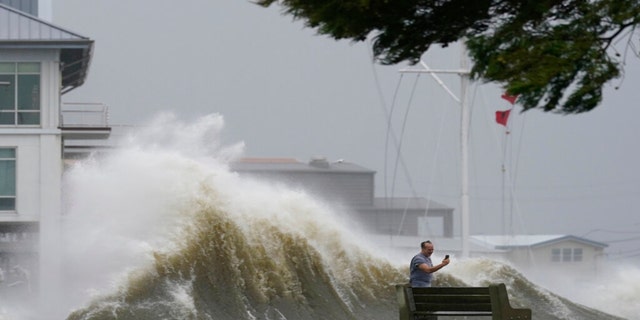 Udell said that CNR has experience working amidst the pandemic from last year and are committed to protecting the health and safety of volunteers, partners and rescues: continuing to take “all precautions to ensure their health.”

“We do provide all of our volunteers with resources from the CDC and the WHO standards on reducing the spread,” she said.

Udell first got involved with disaster response during Hurricane Harvey when a friend posted on Facebook looking for someone who could read a map. She responded.

“And, I just into a travel channel and next thing I know I was guiding boaters through flooded streets in Beaumont, Texas and Houston. It went against everything that I was taught about ‘do not drive into floodwaters,'” she recalled. “And, I just stuck around. I didn’t just show up. I showed up and stayed.”

However, she notes, going into a disaster zone is not for everyone. 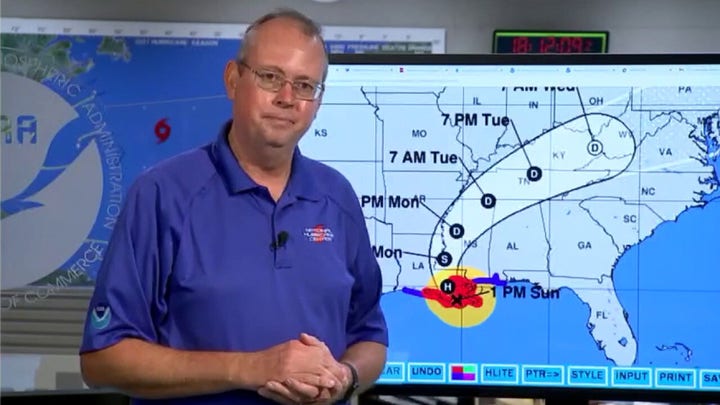 “There are sights, sounds, smells. The one thing that TV cannot show someone is the smell. You can see pictures of destruction, but until you’re actually standing there – it is very heart-wrenching. It is so devastating to see,” she told Fox News. “It does take a lot of emotional strength.”

CNR advises people hunker down, stay as safe as possible and instructs those in need to call 911 first before going to their website.

The Category 4 storm is projected to continue moving northwest through Sunday evening with a turn to the north by Monday morning.

Fox News’ Audrey Conklin and The Associated Press contributed to this report.