Home » Meme coins or digital gold? Blockchain analyst weighs in on where crypto markets are headed 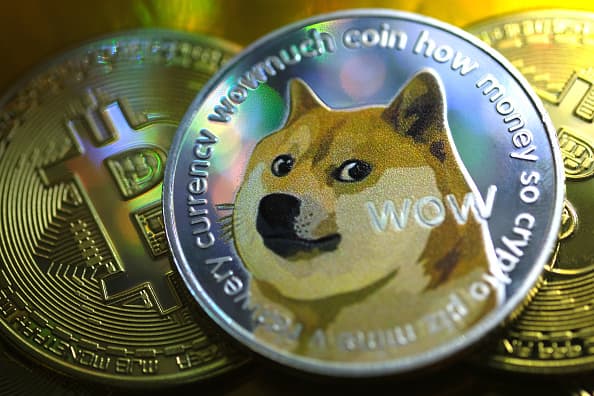 The cryptocurrency space could branch out into three different markets — and people may even stop talking about crypto as a single entity one year on, predicted Paul Brody, global blockchain leader at EY.

Bitcoin and ether have had a wild ride in recent weeks, with billions of dollars wiped off their market value, according to Coinmarketcap.com.

Bitcoin, the largest digital currency by market cap, at one point plunged by 30% to hover near the $30,000 level. It has since bounced back partially to current levels of about $38,090, according to Coin Metrics.

The first category is what Brody termed "meme coins" such as dogecoin, a digital token that originally started as a joke. Its meteoric rise in price, however, has been no laughing matter. Since the start of the year, dogecoin has risen more than 7,000%, according to data from Coinbase.

Deutsche Bank says bitcoin's gone from 'trendy to tacky.' Here's what it expects to happen next

This segment of cryptocurrencies "could be categorized as investing as entertainment," Brody said.

"It's hard for me to predict where they're going to go, but I don't see them as having a very big future in the ecosystem," he added.

The next part of the ecosystem revolves around bitcoin, Brody said. The digital token has often been cited as a potential competitor to gold as a hedge against inflation and safe-haven asset. Still, bitcoin's price volatility tends to be much higher as compared with gold.

According to Brody, however, bitcoin is "better than gold" in some ways.

"When the price of gold goes up people mine more, but you can't really do that with bitcoin," he said.

The cryptocurrency is limited and a maximum of 21 million bitcoins can be "mined" — there are currently more than 18 million already in circulation. New bitcoin is created by computer users who solve complicated mathematical puzzles, and they take up a lot of energy.

"Bitcoin is gonna go up if everybody buys into this idea that you should have some percentage of your … portfolio in bitcoin — that will drive a lot of participation," Brody said.

Questions remain around bitcoin's exact place in an investment portfolio, with analysts from Societe Generale saying that it's still "highly contested."

"The third ecosystem, that could potentially diverge here, is the Ethereum ecosystem," Brody said, adding that it builds a "whole business ecosystem" around sectors such as decentralized financial services and storage.

It will be "driven by demand for those services and the growth of that ecosystem," he added.

Billionaire investor Mark Cuban is a firm supporter of Ethereum and has said that "the number of transactions and the diversity of transaction types along with the development efforts in Ethereum dwarf bitcoin."

Meanwhile, New York University's Aswath Damodaran told CNBC last week that he sees ether — the cryptocurrency that runs on the Ethereum blockchain — as having "a better shot" at becoming a commodity than bitcoin.

For his part, Brody predicted that "we'll stop talking, I think, in a year about crypto as a whole — and start talking about the Ethereum ecosystem or the bitcoin value proposition."