Ben Santer, one of the world’s best-known climate scientists, announced this week he is severing ties with the Lawrence Livermore National Laboratory after the federal research facility invited a climate denier to give a book talk this Thursday.

Santer had planned to retire from the lab, where he has worked for 29 years, in September, but would continue his award-winning atmospheric research on a part-time basis and maintain his affiliation.

But in a blog post published Monday, the MacArthur “Genius” grant recipient said his employer failed to “adequately address” concerns he raised with hosting physicist Steve Koonin to speak about his new book, “Unsettled,” which sows doubt over the reality of human-causing global warming. Santer cast the decision to allow Koonin, a New York University professor, to promote his polemic at an official lab event as a betrayal of the research conducted there for decades.

“Writing and releasing this statement may be viewed by some as an act of disloyalty. I do not see it that way,” Santer wrote in a statement posted to the Union of Concerned Scientists’ website. “I chose to remain loyal to the climate science we have performed at LLNL for over three decades. I do not intend to remain silent while the credibility and integrity of this research is challenged.”

Santer hyperlinked the work “integrity” to an appearance Koonin made on an official podcast of the Heartland Institute, a far-right advocacy group that, in addition to promoting misinformation about climate science and cigarette smoking’s link to cancer, organized harassment campaigns against scientists.

Koonin “is not an authoritative voice on climate science,” Santer wrote, noting that the lab’s “climate scientists have devoted their careers to measuring, modeling, and understanding changes in the climate system. Professor Koonin has not.” 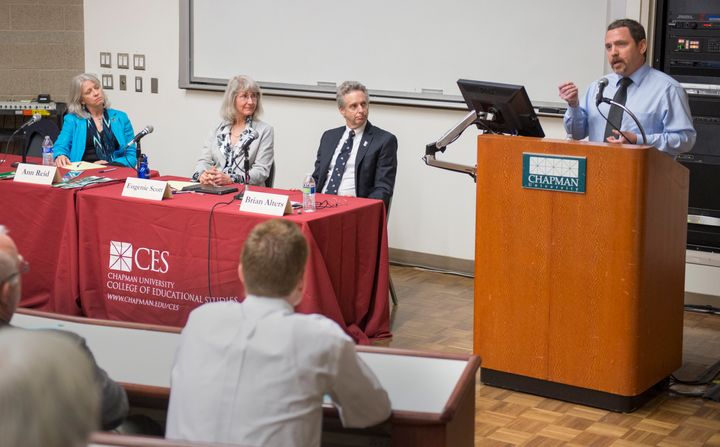 Santer’s dramatic statement this week highlights the lasting power of a political movement dreamed up in the conference rooms of the fossil fuel industry’s public relations firms and made real with the same kind of advertising campaigns that staved off smoking regulations for years after the health risks were clear. A co-author of the United Nations Intergovernmental Panel on Climate Change’s 1996 report, Santer wrote that year that: “The balance of evidence suggests a discernible human influence on global climate.” Those words made him the target of a harassment campaign that included everything from death threats to a congressional inquiry into his research funding.

The effects of climate change are today visible, and the solutions to all but eliminate fossil fuels ― electric vehicles, renewable electricity ― are cheaper and more widely available than ever before. Polls show a wide majority of Americans understand humans’ role in causing climate change and support government policies to mitigate it.

Tactics to delay the transition from fossil fuels have largely shifted. A Harvard University study published last week in the journal One Earth found that Exxon Mobil Corp. tweaked its rhetoric on climate change in recent years to deflect from systemic overhauls and instead focus on individuals’ lifestyle choices.

In undercutting the very conclusion that emissions cause climate change, Koonin represents a more traditional approach to denialism.

A Massachusetts Institute of Technology-trained theoretical physicist, Koonin, 69, spent five years as oil giant BP’s chief scientist before joining the Obama administration’s Department of Energy in 2009. After less than three years, he left to work for a national security think tank before taking his current job as director of New York University’s Center for Urban Science and Progress.

As public understanding of the threat global warming poses to society grew over the past decade, Koonin transformed himself into a contrarian darling of right-wing media, publishing routine diatribes against the proven link between fossil fuel emissions and planetary heating in pages notoriously loose with facts that challenge conservative ideologies.

In 2014, Koonin argued in a Wall Street Journal op-ed that climate science was “not yet mature enough to usefully answer the difficult and important questions being asked of it.” In 2017, he captured the Trump administration’s attention with his call to host a “red team-blue team” debate over climate change, a proposal that received so much internal criticism it failed to gain serious traction within the White House. His new book collating many of those same talking points received predictably fawning reviews in The New York Post and the Wall Street Journal. 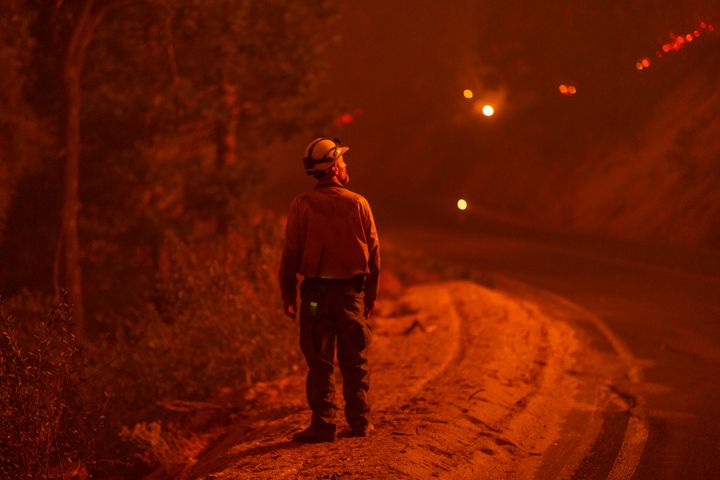 His nearly 30-month stint in the Obama administration granted him unique credibility with conservatives, who see in apparent converts to their cause evidence that the scientific consensus on climate change is more of a worldwide conspiracy than empirical reality. Michael Shellenberger, an environmentalist turned climate contrarian, has become a similar fixture in the right-wing political universe, appearing on Fox News and Heartland Institute podcasts to recant his past participation in what he calls scientists’ “climate alarmism,” as E&E News reported last week.

Koonin did not return a request for an interview.

John Holdren, the Obama administration’s chief science adviser from 2009 to 2017, balked at the idea that science is ever “settled,” but warned that Koonin was not engaged in “the healthy, informed skepticism on which all science flourish,” but rather “a mish-mash of seemingly cherry-picked data and apparent misunderstandings of current climate science.”

The propagation of such misinformed skepticism, he said, “is a menace to public understanding and prudent policymaking.”

“Predictably, Koonin’s views have been receiving a warm welcome from the usual defenders of climate-change complacency at Fox News and the Wall Street Journal editorial page,” he wrote in an op-ed published Monday in The Hill.

The consistency with which Koonin has made the same, widely debunked arguments for the past seven years show he has “learned nothing between 2014 and 2021,” said Susan Hassol, director of Climate Communication, a nonprofit that helps scientists translate climate science in plain language.

“Someone who can’t update their thinking with new information and new understanding is not behaving like a scientist,” Hassol said. “Koonin is not a climate scientist. He’s a theoretical physicist. He’s never published a single peer-reviewed paper on climate science.”

But what Koonin lacks in climate science credentials, he makes up for in political connections. In 2012, he was appointed to the independent board of governors of the Lawrence Livermore National Security LLC, a contracting company that works on nuclear security issues for the eponymous laboratory. He continues to serve in that role today, according to the lab’s website.

It was Brad Roberts, the Lawrence Livermore National Laboratory’s Center for Global Security Research, who invited Koonin to speak, a source with knowledge of the talk confirmed to HuffPost. Neither Roberts nor spokespeople for the laboratory responded to emailed questions and interview requests sent Tuesday morning. But a spokesperson for the lab defended Koonin’s talk to the environmental news site Earther on Monday: “Differing technical opinions are part of the scientific process.”

“Throughout its history the Lab has invited guest speakers whose opinions differ from those of the Lab and its workforce. It does not mean the Lab endorses those opinions,” the spokesperson said. “The Lab has a long and distinguished history in groundbreaking climate research — the Lab continues to advance and stand by that research.”

Differing opinions are one thing. But Donald Wuebbles, a University of Illinois atmospheric scientist who spent 20 years at Lawrence Livermore National Laboratory and worked with both Santer and Koonin, said this was a matter of facts.

“Koonin had plenty of opportunities to actually do legitimate discussion of the science within the science realm. He never would do that,” Wuebbles said. “Instead he took potshots at what we were researching in the Wall Street Journal. I think Steve Koonin mostly cares about Steve Koonin, and doesn’t care about the world.”