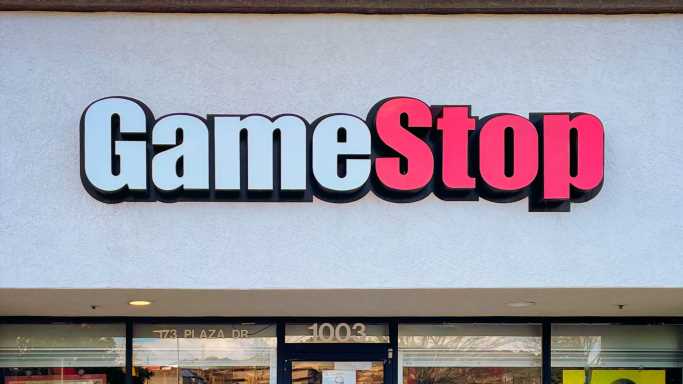 The Nasdaq posted a new all-time high on Friday, but both the S&P 500 and the Dow Jones industrials closed down for the day. The mega-cap tech stocks, led by Apple, added 0.8% on Friday while the energy sector dropped by 3.9%. Crude oil settled at $76.10 on Friday and fell below $75 a barrel early Monday morning, before recovering somewhat. Bitcoin traded down about 4% Monday morning at around $57,000, well below Friday’s close of $59,568. The yield of 10-year U.S. Treasury notes dipped to around 1.55% on Friday but added about three basis points in early action Monday morning.

On the meme stock front, Robinhood Markets Inc. (NASDAQ: HOOD) dropped about 5% on Friday on the heels of a call from Deutsche Bank analyst Brian Bedell. The stock fell 17% last week and has declined close to 60% since its August high. Bedell maintained his Hold rating on the stock but issued a “sell idea” comment based on his analysis that investors may have overestimated Robinhood’s “core fundamentals and growth trajectory.” The stock traded up by about 1% in Monday’s premarket.

Retail investor favorite GameStop Corp. (NYSE: GME) added nearly 9% to its share price on Friday to close the week with a share price boost of more than 13%. The company had no specific news, but the stock was generating more positive comments Monday morning on WallStreetBets. It may be worth revisiting a Financial Times story from October, following the Securities and Exchange Commission’s report on GameStop and the markets, that highlights what actually happened in January. Hint: hedge fund short covering is not what drove GameStop stock to nosebleed levels. The stock traded up about 2.5% in Monday’s premarket.

Hydrogen fuel cell maker Plug Power Inc. (NASDAQ: PLUG) added more than 10% to its share price on Friday, and the stock traded up by another 2% in Monday’s premarket session. Morgan Stanley analyst Stephen Byrd maintained an Overweight rating on the stock but raised his price target from $43 to $65 a share. According to Barron’s, Byrd sees a “‘virtuous cycle’ forming in which Plug Power’s cost reductions drive greater sales, which in turn result in greater scale and lower per-unit costs.”

[S]hort interest remains at 21.96M shares, which is down 4% from the prior report but still 104% higher than the prior month’s report and 19.54% of the total float. The cost to borrow PROG shares is 68%, which is extremely elevated. The company remains on the REG SHO [the SEC regulation prohibiting naked short selling] Threshold list, which means that shares have had an elevated level of failures to deliver.

The stock added 13.7% on Friday and was up less than 1% Monday morning. The stock gained nearly 65% last week, after more than doubling early Wednesday. The company did have some news last week, but it hardly seemed enough to drive the price that high. Given the high potential for a short squeeze, that could have been what was going on.