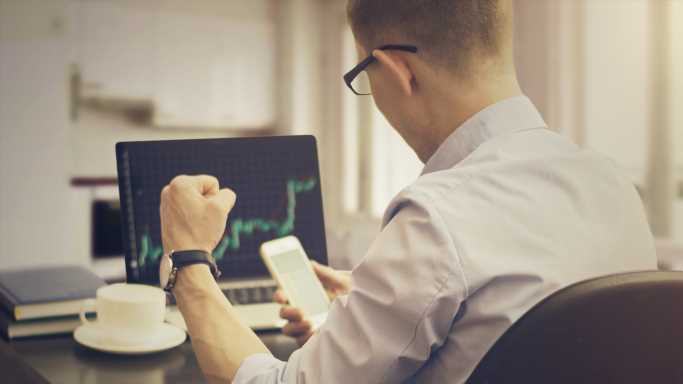 Just when you thought the story of Torchlight Energy Resources Inc. (NASDAQ: TRCH) couldn’t get any weirder, the company doubled down on the weirdness. In a federal filing Tuesday morning, the company reported that it had reached an agreement with Roth Capital to increase an “at-the-market” offering of new shares from $100 million to $250 million.

Since June 16, Torchlight has sold more than 11.7 million new shares for an aggregate price of $100 million. With the announcement of the $150 million increase, Torchlight’s stock had tumbled more than 20% by noon Tuesday.

Monday’s look at Torchlight Resources suggested that a short squeeze may have had something to do with the company’s skyrocketing share price. A reader commented that we neglected to mention that the company is selling off assets as it prepares to close its reverse merger with Canada-traded Metamaterial Inc. That’s a fair comment and here’s our response.

What is the value of Torchlight’s assets? According to the company’s 10-K filing for 2020, the total value of the company’s proved reserves is zero. The filing also contained a “going concern” warning related to a net loss for the year of $12.8 million and accumulated losses of nearly $112 million since the company’s founding in 2007.

Metamineral wants a listing on Nasdaq and that is why it is buying an oil company with no proved reserves, a history of losses, and no apparent future on its own. The assets that Torchlight is selling are worth a generously estimated $94 million. With about 145 million shares outstanding, that works out to roughly $0.65 per share.

Before the deal with Metamaterial closes–set for next week–Torchlight has agreed to pay its shareholders a special dividend in Series A Preferred Stock at a ratio of 1-to-1 for each common share of Torchlight. The value of the preferred shares for shareholders of record on June 24 will be announced June 25th, so we don’t have much longer to wait to see a price for those preferred shares. In other words, at this moment, the special dividend could be valued anywhere above $0.01.

Analysts are estimating a range of $1.00 to $20.00 as the value of a preferred share. What ordinary shareholders stand to realize now, given the upsized offering of another $150 million in stock, is very likely to be near the bottom of that range.

Another meme stock shedding value is Midatech Pharma plc (NASDAQ: MTP), a U.K.-based company working on development of cancer and rare disease treatments. At the end of May, short interest in the company’s  American Depositary Shares (ADSes) totaled 165,520, or about 1.8% of the total float. That hardly seems like a good candidate for a short squeeze and daily trading volume is also modest compared with other meme stocks. Still, shares are headed for a 10% drop Tuesday.

At the other end of the spectrum, Clover Health Investments Corp. (NASDAQ: CLOV) had posted a gain of about 7.5% by the noon hour Tuesday. The Medicare Advantage insurer absorbed a Sell rating from Bank of America analysts 10 days ago and short interest in the stock totaled around 41.3 million shares, about 37% of the total float of 112.4 million shares, and the highest in the company’s short life as a publicly traded company. This may be another meme-stock classic short squeeze ahead of new data due out on short interest after markets close Thursday.

MoSys Inc. (NASDAQ: MOSY) is a Silicon Valley-based semiconductor company that develops and sells high-speed chips for a variety of applications. A week ago the company closed a direct offering of $13 million in new shares (1.82 million shares) to institutional investors. As of May 28, short sellers had a grip of 962,218 MoSys shares, approaching 16% of the company’s total float. So far in June, the stock has added 22%, but that includes a spike to an increase of 73% on June 4. Since then, the trend has been downward.

Torchlight Energy stock traded down about 18% at $8.15 in the noon hour Tuesday in a 52-week range of $0.21 to $10.88. The high was posted Monday and averaged daily trading volume of around 21 million shares has ballooned to more than 153 million so far today.