Home » Ron Insana: This is why higher taxes won't incite a bear market 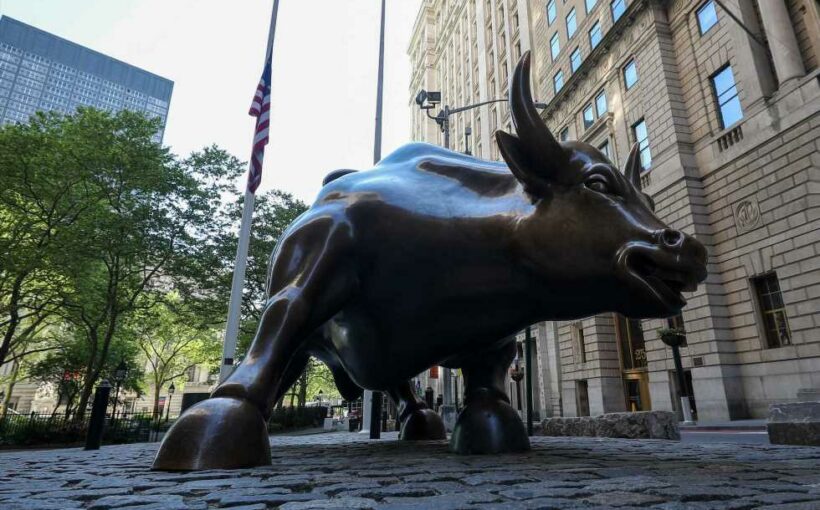 In the immortal words of Joan Rivers, "Can we talk?"

There is so much gibberish being bandied about when it comes to the Biden infrastructure and tax plan that it's simply time to cut through all the rhetorical nonsense and have a straightforward conversation.

The main argument on Wall Street, and among some supply-side economists, against raising taxes is that it will kill the bull market in stocks, create a negative wealth effect and reduce capital investment at a time when it may be needed most.

The problem here is the absolute lack of empirical evidence that any of those claims stand up under rigorous scrutiny.

In my study of market history, not a singular secular bear market was initiated by raising taxes on either corporations or individuals. Others have confirmed this view.

Big bear markets have two triggers, as told to me by one of the world's greatest investors, Stan Druckenmiller:

We are currently at risk of neither, so far as we know.

Since the introduction of the personal income tax, rates have been altered innumerable times with scant impact on the long-term direction, or rates of return, delivered by equity investments.

Indeed, many of those very same individuals who argue against higher taxes are the very same Wall Street players who tell investors to invest for the long term because, in the sweep of history, equities provide the best returns of any asset class over time, irrespective of circumstance.

They also suggest that few, if any, policy issues, financial failures, political or geopolitical events radically alter the trajectory of equity markets over a 10-, 20- or 30-year period.

There were tax hikes in the 1980s and 1990s that did absolutely nothing to halt the raging bull markets that defined both decades.

Even George H.W. Bush's broken pledge not to raise taxes was not the proximal cause for a bear market that lasted from mid-1989 to October 1990.

Higher marginal tax rates were not a cause of that decline in stocks, or in any other bear market that we know of.

Having said that, sectoral effects may have been evident in commercial real estate, also heavily levered, after the 1986 tax reform package limited the deductibility of junk bond interest payments.

But that had, as we see today, only a short-term effect on the willingness of companies to "lever up."

On the flip side, there is scant evidence that the Trump tax cuts did anything proponents claimed, save for boosting corporate profits in 2018 when the cuts went into effect.

There was no discernible impact on economic growth, which was roughly equal to growth in the Obama years, hovering around 2.5%; no increase in business investment; no major acceleration in job growth and only a modest impact on wage rates.

The primary impact was to double corporate profits, increase share buybacks and dividends and lift the market averages, largely at the expense of individual taxpayers whose share of government revenues increased, while the share of federal revenues paid by corporations fell to a historic low.

Taxes were raised in the early 1990s, and again there was a boom.

Tax hikes didn't defer necessary capital spending then. They are unlikely to now, given that we are in an era when corporations remain so flush with cash that they continue to hoard it overseas.

According to a study from the Institute on Taxation and Economic Policy, 55 of the S&P 500 companies paid no taxes on 2020's profits.

Nor will a global minimum tax prove fatal to corporations that use a variety of tax avoidance tricks to shelter profits anywhere and everywhere.

And nowhere in this country will you find anyone who is satisfied with our entirely antiquated and dilapidated infrastructure, which requires some new funds to help finance.

You want to talk? Let's talk. But come armed with facts, not ideological fiction.