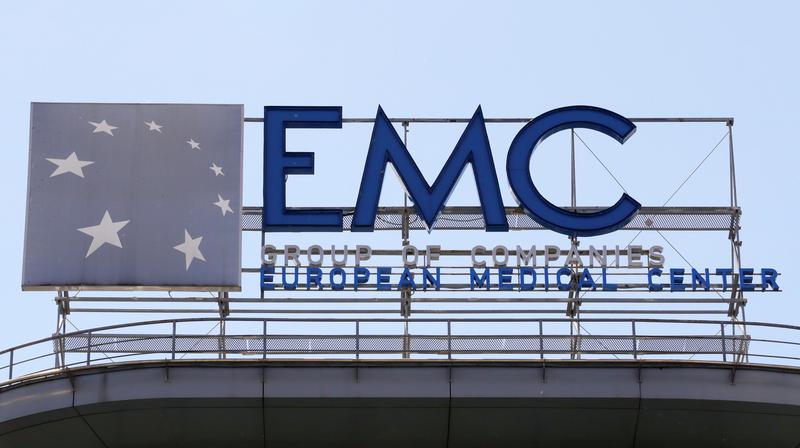 A board with the logo of Russian private health clinic operator European Medical Centre (EMC) is on display on the roof of a building in Moscow, Russia May 31, 2018. REUTERS/Tatyana Makeyeva/Files

MOSCOW (Reuters) – Russian private health clinic operator European Medical Centre (EMC) on Wednesday said the indicative price range for its July initial public offering (IPO) in Moscow has been set at $12.5-14 per GDR, giving it an equity value of up to $1.26 billion.

Financial market sources told Reuters in May the company was considering an IPO as early as this summer and could raise about $500 million.

EMC said the offering, which amounts to up to 40,000,000 global depositary receipts (GDR) and would give EMC a free float of about 44%, is expected to be announced on or around July 15.

Certain existing shareholders, including Igor Shilov, who now holds a 71.2% stake in EMC, will sell GDRs in the company. EMC will not sell any GDRs in the offering, nor will it receive any proceeds.

EMC has said Shilov will remain a significant shareholder in the company after the offering.

EMC, which operates a network of medical centres in and around Moscow, reported revenue of 21.3 billion roubles ($295 million) last year, with a compound annual growth rate for 2018-2020 of 18%.