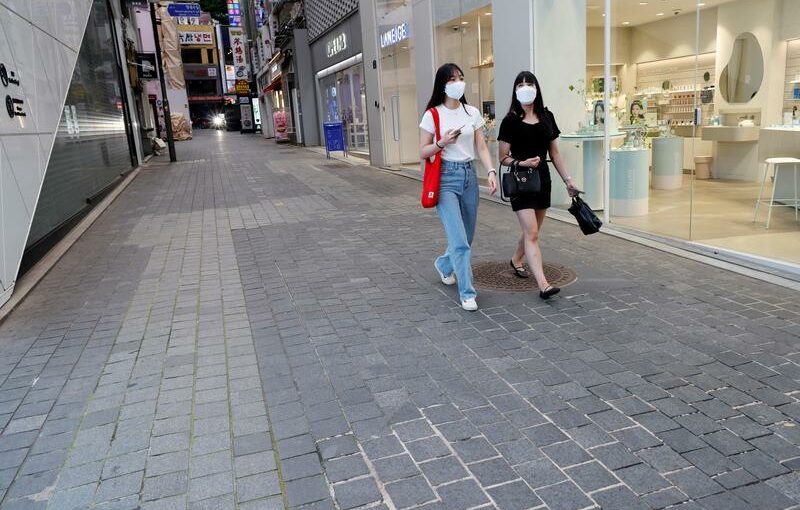 SEOUL (Reuters) – South Korea on Friday extended social distancing curbs for several weeks to rein in COVID-19 outbreaks nationwide as the country supercharges its vaccination campaign ahead of a thanksgiving holiday later this month.

Prime Minister Kim Boo-kyum said the toughest level 4 restrictions in greater Seoul and level 3 curbs in the rest of the country would run through to Oct. 3.

However, he also announced that restaurants and cafes in the greater Seoul area would be allowed to close an hour later each evening and families would be allowed to gather in groups of up to eight people in the week of the Sept. 21 Chuseok holiday.

Kim has been balancing providing incentives for people to get vaccinated with reining in an outbreak of the highly transmissible Delta variant that started in July.

The Korea Disease Control and Prevention Agency (KDCA) reported 1,709 new COVID-19 cases for Thursday, 1,675 of which were locally acquired. Korea has recorded a total of 257,110 infections since the pandemic started, with 2,308 deaths.

The Health Ministry said the current outbreak is likely to intensify in early September, possibly peaking at 2,300 daily cases, before subsiding toward the end of the month. That would surpass the record here 2,223 cases reported on Aug 11.

“We fear a spike in outbreaks from increased movement around the Chuseok holiday,” Health Minister Kwon Deok-cheol told a briefing.

The allowance for eight people to gather for Chuseok is dependent on at least four having completed their vaccination, and in greater Seoul will be restricted to house gatherings.

Kwon said the government plans to deliver a first vaccine dose to 70% of the 52 million population by Chuseok, and complete inoculation for half the population by the end of September.

Around 58% of the population has currently received one dose, with about 33% fully vaccinated. The inoculation programme has been credited with keeping the country’s mortality rate at a relatively low 0.9%.