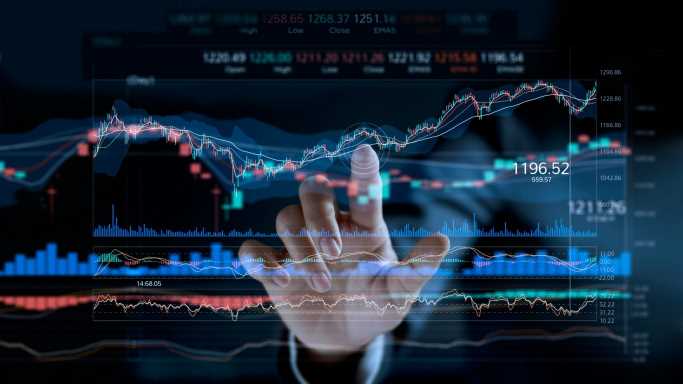 The latest data on hedge funds‘ second-quarter holdings came out in mid-August, but the analysis of those positions continues. According to 13F filings from some of the largest hedge funds, managers are shifting back toward growth stocks, although they remain more tilted toward value than has been typical over the last several years.

According to Goldman Sachs’ latest “Hedge Fund Trend Monitor,” performance among fund managers has improved recently, which is usually what happens when the stock market rebounds following a correction. The average equity hedge fund was down 9% for the first half of the year but gained 4% between the beginning of July and mid-August.

Goldman suggested that the market rebound and the recent outperformance of growth stocks drove that improved performance among hedge funds. After lagging the S&P 500 by 11 percentage points during the first six months of the year, Goldman’s “Hedge Fund VIP” (very important positions) list modestly outperformed between mid-June and mid-August.

Unsurprisingly, Big Tech dominates the VIP list, just as it has over the last several quarters, despite the widely reported rotation from growth to value stocks that resulted in technology underperforming. According to Goldman’s analysis of 13F filings, hedge funds added the most to their net tilts in information technology and consumer discretionary while slashing their exposures to energy and materials.

Average portfolio weights at hedge funds with these stocks in their top 10 holdings ranged from 6% to 9% during the second quarter. While these stocks have generally underperformed year to date and even over the last month, the fact that so many hedge funds hold them with significant concentrations suggests it’s only a matter of time before they come back into favor with the market as a whole.

Additionally, their underperformance makes many of these names look cheap relative to their historical prices. On average, Goldman’s Hedge Fund VIPs have outperformed by an average of 39 basis points in each quarter since 2001.

Unfortunately, the basket has sustained its worst stretch of underperformance ever recorded between early 2021 and June 2022, lagging the S&P by 28 percentage points. However, its long-term track record of outperformance versus the S&P 500 suggests it could offer some leads for investors who want to follow the so-called “smart money.”

However, they should be aware that this strategy comes with the cost of increased volatility.

Another strategy for investors who want to follow the “smart money” is to look at the most concentrated positions among hedge funds. During the second quarter, the average hedge fund’s portfolio weight in its top 10 positions surged to 70%.

That’s the highest concentration observed since the first quarter of 2020. Meanwhile, position turnover fell to 23%, a new all-time low.

According to Goldman Sachs, the strategy of buying the 20 most concentrated stocks in the S&P 500 has outperformed the index in 60% of quarters with an average excess return of 162 basis points per quarter. The firm defines “concentration” as the share of market capitalization owned by hedge funds.

Year to date, the firm’s High Concentration basket has underperformed the S&P 500 by four percentage points. Although it outperformed the index early in the year, it has lagged since May.

As can be seen above, the top 10 most important positions and the stocks with the highest concentration differ in their sector concentration. Goldman found that hedge funds favored technology and consumer discretionary during the second quarter.

A closer look at the two lists above reveals that the Hedge Fund VIP list was dominated by technology, while the most concentrated positions were dominated by consumer discretionary.

A third way of using hedge fund holdings to construct portfolios includes looking at the positions Goldman Sachs has tagged as “rising stars.” The firm explained that changes in popularity among hedge funds could signal significant changes in future performance among stocks.

The rising stars Goldman highlighted in its last “Hedge Fund Trend Monitor” have outperformed the falling stars since the firm released that report. Goldman Sachs also reported that no stock in the second quarter’s rising stars was on the list from the first quarter.

This basket contains a wider array of sectors, including not only the highly favored information technology sector but also energy, which hedge funds generally dumped during the second quarter despite these individual stocks being categorized as rising stars.

This article originally appeared on ValueWalk