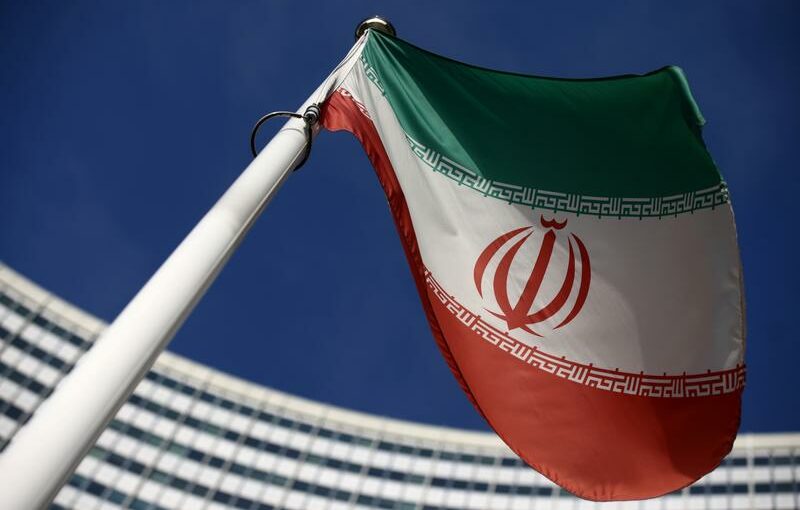 PARIS (Reuters) – Efforts to sketch out initial U.S. and Iranian steps to resume compliance with the 2015 nuclear deal have stalled and Western officials believe Iran may now wish to discuss a wider road map to revive the pact, something Washington is willing to do.

FILE PHOTO: The Iranian flag waves in front of the International Atomic Energy Agency (IAEA) headquarters, before the beginning of a board of governors meeting, amid the coronavirus disease (COVID-19) outbreak in Vienna, Austria, March 1, 2021. REUTERS/Lisi Niesner/File Photo

U.S. President Joe Biden’s aides initially believed Iran, with which they have not had direct discussions, wanted to talk about first steps toward a revival of the agreement that Biden’s predecessor, Donald Trump, abandoned in 2018.

The agreement eased economic sanctions on Tehran in return for curbs to the Iranian nuclear program designed to make it harder to develop an atomic weapon – an ambition Tehran denies.

Three Western officials said the Biden administration and Iran had mainly communicated indirectly via European parties to the deal – Britain, France and Germany – and that they believe Iran now wants to discuss a broader plan to return to the pact.

“It sounds from what we are hearing publicly now, and through other means, that they may be … not interested in (discussing) initial steps but in a road map for return to full compliance,” he said.

It is not clear, however, whether that is Iran’s stance.

Iran’s nuclear policy is ultimately determined by Supreme Leader Ali Khamenei, who said flatly on March 21 that “the Americans must lift all sanctions” before Tehran would resume compliance.

“If sanctions are … really canceled, we will return to our obligations without any problems,” Khamenei said. “We have a lot of patience and we are not in a hurry.”

Biden aides originally said that if Iran resumed compliance, the United States would too – a stance taken to mean Washington wanted Tehran to resume compliance first – but have since made clear that who goes first is not an issue.

While the Biden administration has also sought to project that it is in no hurry, it faces the reality that if there is no progress in April toward reviving the deal, Iranian officials in May will begin intense politicking for the June 18 presidential election.

Tehran rejected a report in the U.S. publication Politico saying Washington planned this week to put forth a new proposal that would ask Iran to halt work on advanced centrifuges and the enrichment of uranium to 20% purity in return for undefined U.S. sanctions relief.

“No proposal is needed for the US to rejoin the JCPOA,” the Iranian mission to the United Nations said on Twitter, referring to the deal formally named the Joint Comprehensive Plan of Action. “It only requires a political decision by the US to fully and immediately implement all of its obligations.”

It remains unclear whether Iran actually wants to engage, albeit indirectly, with the United States now or whether the supreme leader prefers to wait until after the election.

“I think there’s a fair bit of ambivalence from the supreme leader about rushing things,” said Henry Rome of the Eurasia Group.