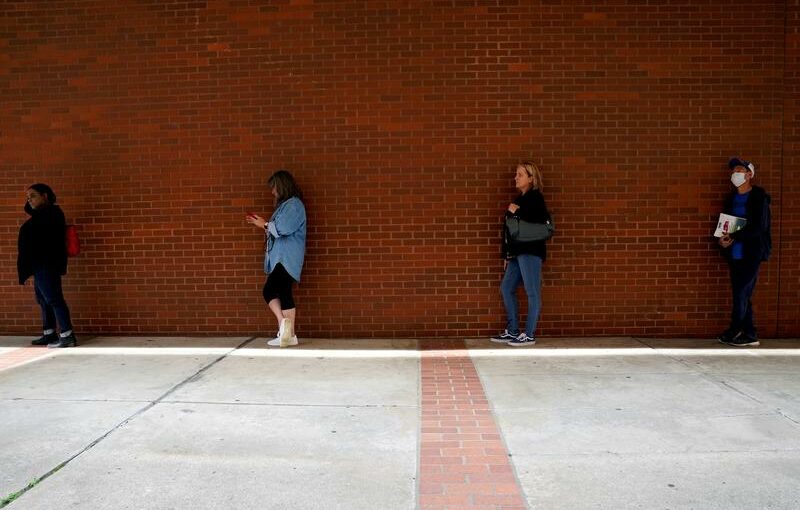 WASHINGTON (Reuters) – Fewer than expected Americans filed new claims for unemployment benefits last week as economic activity rebounds after weather-related disruptions in February, but it would likely take years for the labor market to fully recover from the pandemic’s scarring.

Initial claims for state unemployment benefits totaled a seasonally adjusted 684,000 for the week ended March 20, down from 781,000 in the prior week, the Labor Department said on Thursday. Economists polled by Reuters had forecast 730,000 applications in the latest week.

Claims shot up in the second week of March, likely as backlogs after severe winter storms in Texas and other parts of the densely populated South region were processed.

The deep freeze in the second half of February, which also gripped other parts of the country, depressed retail sales, homebuilding, production at factories, orders and shipments of manufactured goods last month.

“It is going to be a very, very strong year in the most likely case,” Powell said in response to a senator’s question on the economic outlook.

But the massive fiscal stimulus, which extended government-funded unemployment aid, including a $300 weekly supplement, through Sept. 6, could keep claims elevated as some people reapply for benefits. Rampant fraud has also pushed filings higher. Claims surged to a record 6.867 million in March 2020.

Just over a year after the pandemic barreled across the United States, jobless claims remain above their 665,000 peak during the 2007-09 Great Recession. In a healthy labor market, claims are normally in a 200,000 to 250,000 range.

Employment is 9.5 million jobs below its peak in February 2020. Economists say it could take at least two years for the economy to recover all the 22.4 million jobs lost in March and April last year.

It could even take longer for the labor force participation rate, or the proportion of working-age Americans who have a job or are looking for one, to rebound significantly. The participation rate is near a 47-year low, with women accounting for the biggest share of dropouts.

The government also confirmed on Thursday that the economy lost considerable momentum at the end of last year amid a flare up in new coronavirus infections and delays in providing more fiscal stimulus.

Gross domestic product increased at a 4.3% annualized rate, the Commerce Department said in its third estimate of fourth-quarter GDP growth. That was up from the 4.1% pace reported last month but a sharp deceleration from the record 33.4% rate logged in the third quarter.

But that is all history. The economy is forecast to grow by as much as a 7.5% rate in the first quarter. Growth this year is expected to top 7%. That would be the fastest growth since 1984 and would follow a 3.5% contraction last year, the worst performance in 74 years.