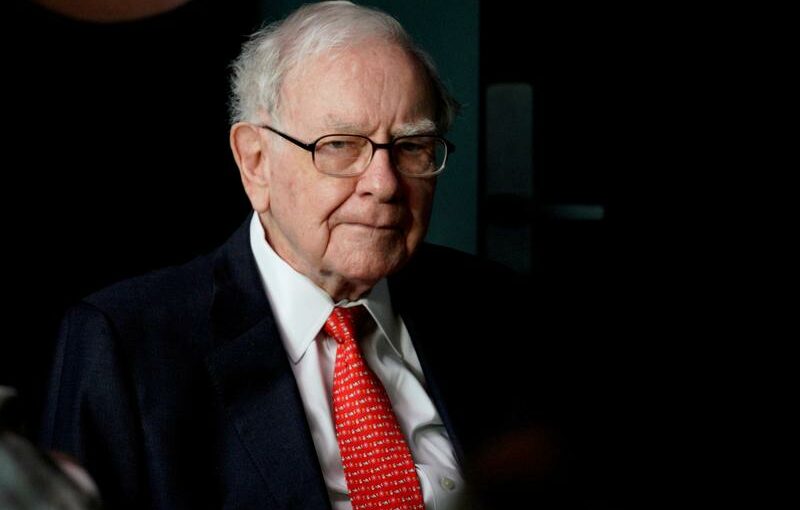 (Reuters) -Warren Buffett ended long-running speculation about his successor at Berkshire Hathaway Inc by saying Greg Abel, who oversees the conglomerate’s non-insurance businesses, would be named chief executive if he were to step down.

Buffett told CNBC that “the directors are in agreement that if something were to happen to me tonight, it would be Greg who’d take over tomorrow morning.”

The 90-year-old Buffett has never publicly signaled any plan to step down. Abel has been a Berkshire vice chairman since 2018, after a decade building its Berkshire Hathaway Energy unit into a major U.S. power provider.

Berkshire did not immediately respond to requests for comment.

The announcement for now ends speculation that began in 2006 when Buffett, then 75, first discussed his plans for succession in his annual letter to Berkshire shareholders. He has run Berkshire since 1965.

Buffett also told CNBC that if anything happened to Abel, the chief executive job would go to Ajit Jain, who oversees Berkshire’s insurance businesses, but is about a decade older.

“The likelihood of someone having a 20-year runway though makes a real difference,” Buffett said.

Buffett’s announcement does not change other aspects of Berkshire’s succession plans.

His son Howard is expected to become nonexecutive chairman, while one or both of his investment managers, Todd Combs and Ted Weschler, remain in line to become chief investment officer.

While Abel lacks Buffett’s magnetism and showmanship, he won Buffett’s confidence for his commitment to Berkshire’s culture, long-term thinking, and ability to spend money wisely.

“He’s a first-class human being,” Buffett said in a video message in 2013. “There’s a lot of smart people in this world but some of them do some very dumb things. He’s a smart guy who will never do a dumb thing.”

As vice chairman, Abel oversees dozens of businesses with about 309,000 employees such as Berkshire Hathaway Energy, the BNSF railroad, Dairy Queen ice cream and See’s Candies, Fruit of the Loom underwear, and several industrial parts companies.

Abel was born and raised in Edmonton, Alberta, where he became a lifelong hockey fan, and graduated in 1984 from the University of Alberta.

Trained in accounting, he joined PricewaterhouseCoopers and later went to work for geothermal energy firm CalEnergy. He joined Berkshire Hathaway Energy in 1992, when the company was known as MidAmerican Energy.