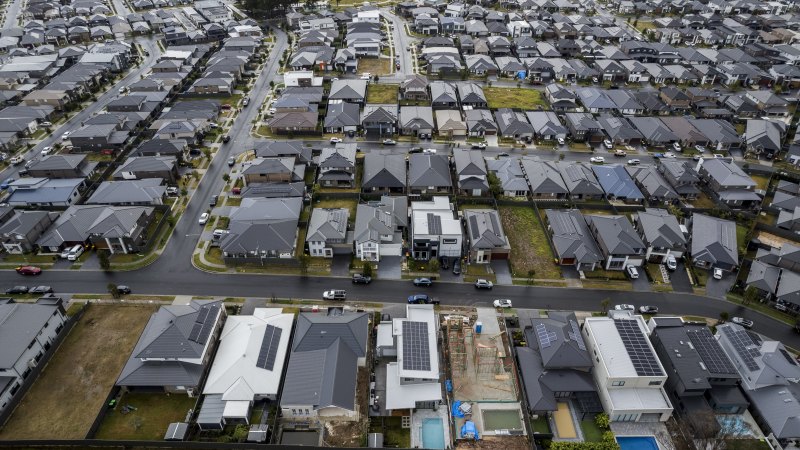 When COVID-19 smashed into the world economy a little over two years ago, who would have thought we’d end up with a massive boom in household wealth?

That, however, is what we got, thanks to a bonanza in housing and sharemarkets, underpinned by ultra-cheap debt and government stimulus. 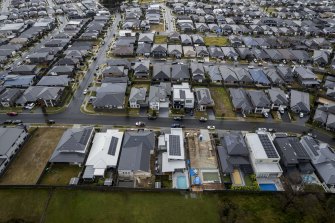 Housing was the biggest contributor to a surge in average household wealth between 2018 and 2021.Credit:Brook Mitchell

Average household wealth in Australia swelled by an extraordinary $341,000 between 2018 and 2021, which was as big as the increase in the previous 15 years, a new report from the Australian Council of Social Services (ACOSS) and the UNSW Sydney Poverty and Inequality Partnership says.

Separate research from Credit Suisse in 2021 found households here were the fourth richest on the planet, on average.

But if you suspect that perhaps the positive-sounding headline of surging wealth may not tell the full story on how these riches are distributed, you’d be right.

For one, the COVID-19-induced boom in wealth clearly sits uncomfortably with one of the biggest long-term problems today: that many people are priced out of the housing market. You might also wonder just how evenly all the big gains in wealth have been shared over the years.

New research from ACOSS, an advocacy group that aims to reduce poverty and inequality, seeks to shed some light on these questions of how wealth has been shared in Australia during the COVID-19 era.

It makes a convincing case that although average wealth has indeed surged (even if some of the increase has reversed this year as house prices and equities have fallen), we should be concerned about how equally those gains have been shared.

The research, based on data from the Bureau of Statistics, provides an interesting snapshot of the huge boom in household wealth between 2018 and 2021 – a period dominated by the pandemic.

You might remember that at first it looked like COVID-19 would cause huge amounts of wealth destruction. Sharemarkets tumbled and some warned of the potential for house prices to plunge by a third.

Average household wealth did fall 3 per cent in the March quarter of 2020 when COVID-19 first struck, but this was only a blip, and asset prices quickly rebounded as central banks cut interest rates to near zero and governments pumped in huge amounts of stimulus.

More generally, the fact remains that wealth is still very unevenly shared in this country, notwithstanding that slight decline in wealth inequality during the pandemic years.

No prizes for guessing the biggest cause of this surge: housing, which drove 69 per cent of the overall increase in wealth during these three years.

This boom in asset prices is pretty straightforward, but how were these gains distributed? This is where things start to get more complicated. 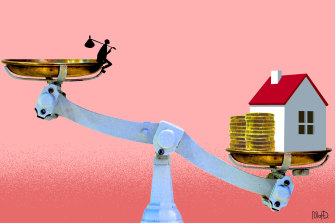 Wealth inequality narrowed slightly in the pandemic, but has widened over the longer term.Credit:Matt Davidson

ACOSS reports that, surprisingly, the latest surge in house prices caused a modest decline in wealth inequality. It measures inequality by dividing the population into a few groups: the richest 10 per cent; the next 30 per cent, known as the “comfortable middle”; and the lower 60 per cent of the population.

It says that during the first two years of the pandemic (2019-20 and 2020-21), the least wealthy 60 per cent actually saw their average wealth rise by 16 per cent, which was a bigger percentage increase than the richest 10 per cent experienced.

Huh? Why would rising house prices cause wealth inequality to decline? Because owner-occupied housing is more evenly distributed across the population than other assets, such as shares or investment properties.

Beyond this surprising trend, however, the report points out there has also been an obvious social cost to surging house prices. This is that many younger people and lower-income earners are increasingly locked out of the housing market, and this is reflected in declining rates of home ownership, as shown in the recent census.

More generally, the fact remains that wealth is still very unevenly shared in this country, notwithstanding that slight decline in wealth inequality during the pandemic years.

The share of the “comfortable middle” has basically held flat between 2003 and 2021, at 38 per cent of the total. While the share of wealth held by the lowest 60 per cent has declined over that period, from 20 per cent to 17 per cent.

Alongside these trends, previous reports have also highlighted a widening wealth gap between older and younger generations.

And it is not only groups such as ACOSS who have concerns about these trends.

Independent economist Saul Eslake argues there’s a case for governments to do more to address inequality in wealth. He says that compared with other developed countries, Australia’s income tax system is surprisingly progressive – but that’s not the case with how we tax wealth.

There’s no land tax on owner-occupied property, the family home is exempt from capital gains tax, and he says we are one of only eight OECD countries without an inheritance tax. Our superannuation system also ends up giving the biggest tax breaks to the wealthiest.

As Bill Shorten found out in the 2019 election, trying to slap higher taxes on big sources of wealth such as housing, or shares, is politically fraught. But that doesn’t mean governments should simply ignore wealth inequality as an issue, especially as they search for ways to repair the budget.

Ross Gittins is on leave.