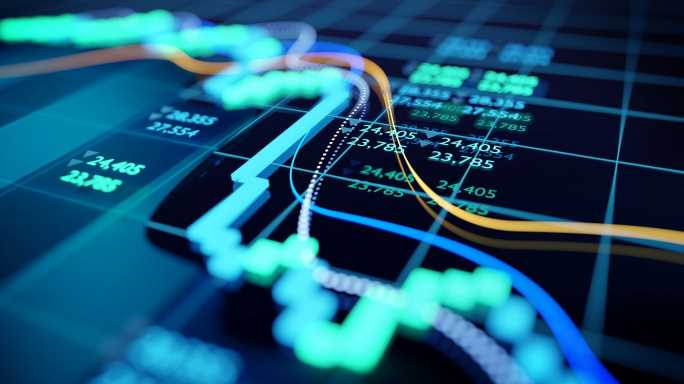 The futures traded higher Wednesday, after a brutal start to the holiday-shortened week, as all the major indexes closed lower to end May. Needless to say, after the massive rally late last week, much of the selling can be attributed to traders taking profits after the big move higher. The ongoing worries over inflation were exacerbated Tuesday after the European Union agreed to ban 90% of Russian oil imports by the end of the year.

Both Brent and West Texas Intermediate crude spiked higher on the news initially, before closing mixed, and beleaguered motorists returning from Memorial Day holiday trips averaged a stunning $4.62 per gallon at the pump last weekend. That price will be going higher, and possibly much higher, in the near term. Natural gas closed lower by almost 6%, while gold traded lower on the day and Bitcoin modestly higher. Treasury yields were higher across the curve.

24/7 Wall St. reviews dozens of analyst research reports each day of the week with a goal of finding fresh ideas for investors and traders alike. Some of these daily analyst calls cover stocks to buy. Other calls cover stocks to sell or avoid. Remember that no single analyst call should ever be used as a basis to buy or sell a stock. Consensus analyst target data is from Refinitiv.

These are the top analyst upgrades, downgrades and initiations seen on Wednesday, June 1, 2022.

Allbirds Inc. (NASDAQ: BIRD): Baird reiterated an Outperform rating with a $10 target price. The consensus target is $8.82. The stock closed on Tuesday at $5.46 per share.

American Eagle Outfitters Inc. (NYSE: AEO): Morgan Stanley downgraded the shares to Underweight from Equal Weight and slashed the $22 price target to $8. The consensus target is $19.82 for now. The shares closed Tuesday at $12.11, down close to 8% after the downgrade.

ALSO READ: The 7 Highest-Yielding Dividend Kings Likely Can Fight Inflation and a Recession

Canopy Growth Corp. (NASDAQ: CGC): Oppenheimer maintained a Perform rating on the pot stock but did not post a price target. The consensus target is $7.63. The shares were last seen on Tuesday at $4.97.