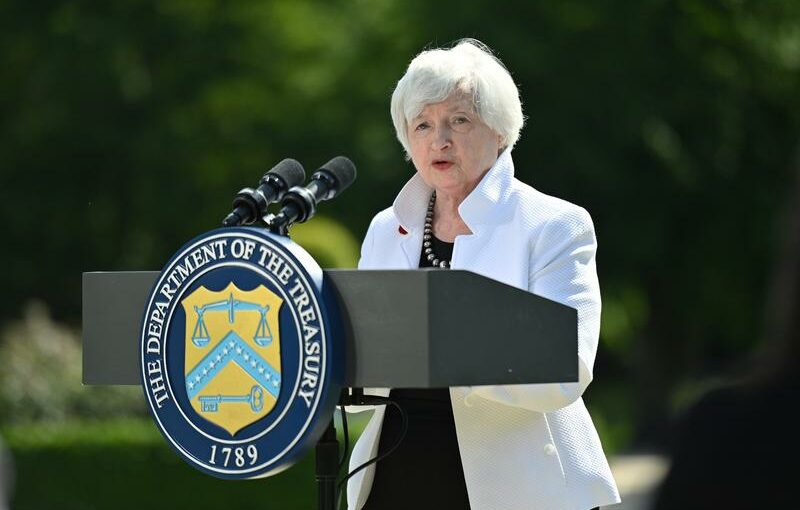 WASHINGTON (Reuters) – U.S. Treasury Secretary Janet Yellen began her new job with a packed schedule of calls and meetings with high-powered American political and business leaders and global finance officials, a calendar of her first two months in office shows.

As is custom for her new role, Yellen had calls with other finance ministers around the world from January through March, according to her calendar, which was made public on Friday. The United States was still near the beginning of its economic recovery from the COVID-19 pandemic during that time as vaccinations ramped up and widespread restrictions to curb cases began to ease.

But she also made time to have calls with several business executives, including two whose industries have been hard hit by the pandemic: Scott Kirby, chief executive officer of United Airlines, and Greg Smith, the chief financial officer of Boeing Co.

The incoming Biden administration pushed in the first two months of the year for a $1.9 trillion aid package to boost the economic recovery. The legislation was passed by Congress and signed into law by President Joe Biden in March.

Yellen was a strong supporter of the stimulus package, and her diary showed she had calls with several lawmakers over the reporting period as well as one with U.S. House of Representatives Speaker Nancy Pelosi.

Yellen also had two meetings with U.S. climate envoy John Kerry, one in February and the other in March. The Treasury department set up a new “climate hub” in April to foster green finance and use tax policy and financial risk assessments to help reduce carbon emissions.

And in keeping with her reputation as a meticulous preparer for events, Yellen carved out several pockets for “read time” ahead of various meetings, her calendar showed.