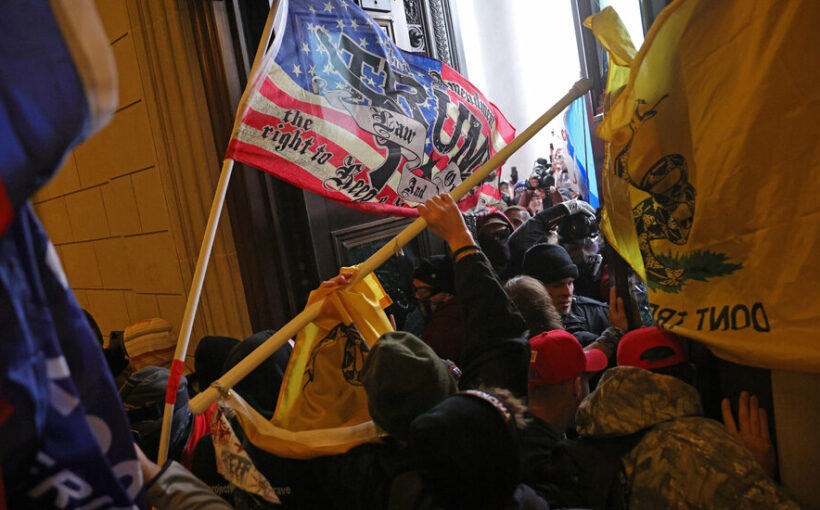 A United States Capitol Police officer died Thursday night from injuries sustained when he engaged with a pro-Trump mob that descended on the U.S. Capitol the day before.

Officer Brian D. Sicknick died at about 9:30 p.m. on Thursday, the Capitol Police said in a statement. He had been with the agency since 2008.

Mr. Sicknick was responding to the riots on Wednesday and “was injured while physically engaging with protesters,” the agency’s statement said, although officials didn’t immediately elaborate on the nature of his injuries or how he interacted with the crowd. After sustaining the injuries, Mr. Sicknick returned to his division office, collapsed, and was taken to the hospital.

“The entire U.S.C.P. department expresses its deepest sympathies to Officer Sicknick’s family and friends on their loss, and mourns the loss of a friend and colleague,” the statement said. News outlets had prematurely reported on his death earlier in the day while he was apparently still on life support.

Homicide investigators from the Metropolitan Police Department are involved in the case.

Mr. Sicknick’s death brings the death toll from Wednesday’s mayhem to five. One of the people participating in the pro-Trump rampage was shot and killed by a Capitol Police officer inside the building. Three other people died after experiencing medical emergencies, officials said.

Authorities have said some 50 officers were injured as the mob swarmed barricades, threw objects, battered doors, smashed windows and overwhelmed some of the officers who tried to resist the advancing crowd.

Capitol Police reported 14 arrests during the incursion, including two people who were detained for assaulting a police officer. Local police arrested dozens of others, mostly for unlawful entry and violations of the city’s Wednesday night curfew.

Steven Sund, the Capitol Police chief, handed in his resignation on Thursday after facing pressure from congressional leaders.