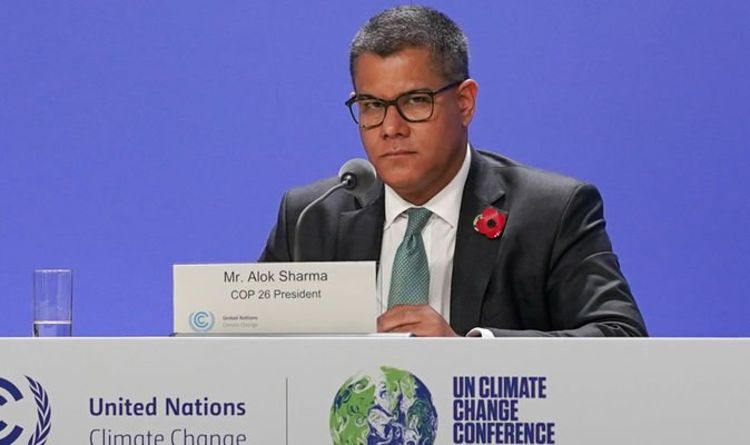 The COP26 president said droughts, heatwaves, hurricanes and floods were an alarm sounding the need for urgent reforms. He warned the window to keep temperatures to 1.5C – beyond which scientists warn the most dangerous impacts of climate change such as rising seas and extreme weather will be felt – was closing.

Opening the summit, Mr Sharma told delegates: “The rapidly changing climate is sounding an alarm to step up on adaptation, to address loss and damage and to act now to keep 1.5 alive.

He said the “geopolitics” in reaching an agreement is “more difficult” now than when the target was set in Paris in 2015.

China’s president Xi Jinping, Russia’s Vladimir Putin and Brazil’s President Jair Bolsonaro are snubbing the conference. But Mr Sharma said it was “on world leaders” to find an agreement.

The Cabinet minister said: “My message is very clear: leave the ghosts of the past behind you – it is Halloween today, after all.

“Let’s focus on the future and unite around this one issue we know that matters for all of us – protecting our precious planet.”

Mr Sharma said he hopes China will be “more ambitious” and called on the biggest nations to “show leadership” as the world is “running out of time”.

Meanwhile, polls found 56 percent of the public support the UK Government incentivising or rewarding “green behaviour” and 54 percent are in favour of penalties for environmentally damaging actions. The study by Portland Communications showed 47 percent of voters are optimistic that limiting a rise in global temperatures to 1.5C is achievable.

Some 40 percent said they are happy to pay more for sustainable goods but more than half are unwilling to pay more than £50 a month in higher bills.