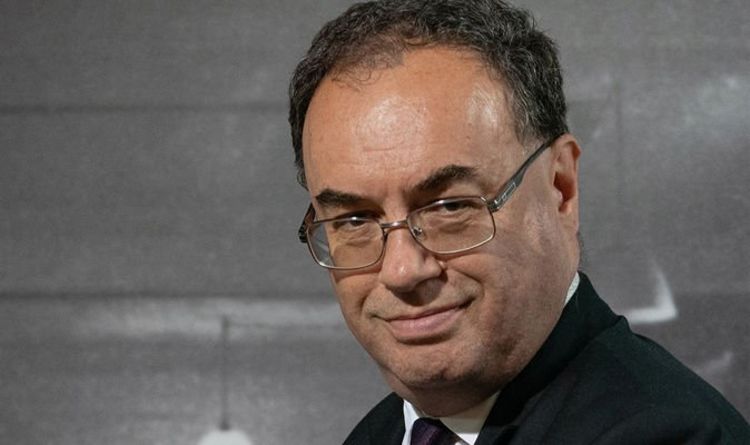 Rates have been artificially held at record lows through the pandemic in a bid to help boost spending. But with inflation now soaring, many believe Britain is fast approaching the moment when interest rates will rise.

The Bank of England has a target of two percent inflation, but forecasts suggest by spring next year it will be as much as triple that.

A rise will increase mortgage repayment rates and credit cards, and lead to more people looking to save their money rather than spend it.

The MPC meets eight times a year, with a decision made on interest rates following a vote of its nine members.

It is thought the Bank’s Governor Andrew Bailey, chief economist Huw Pill and external member Michael Saunders will vote against an increase.

Meanwhile, Jonathan Haskel, Catherine Mann and Silvana Tenreyro – none of whom are employed by the BoE directly – will vote in favour of an increase.

It leaves three members of the MPC in the powerful position of having the casting votes as to whether rates rise.

All eyes will be on Bank of England deputy governors Sir Jon Cunliffe, Ben Broadbent and Sir Dave Ramsden.

He appeared to hint he may be willing to vote for a rise, stating: “We would expect transitory pressures at this stage.”

Ben Broadbent, has also admitted there is “strong inflation” at present, stating: “Most of the overshoot relative to target in the latest inflation numbers — more than all of it, on some measures — reflects unusually strong inflation in goods prices.”

Sir David Ramsden has also admitted to being open to a rise.

In a speech he delivered in June when inflation was 2.5 percent, he warned of a rapid rise in prices and the potential need to take action through interest rates.

“I can envisage those conditions for considering tightening being met sooner than I had previously expected,” he said.

“I wouldn’t be surprised to see the whole inflation rate potentially rising as high as four percent for a period later this year.”

Since then the BoE has confirmed it is now forecasting inflation to surpass the four percent mark by the end of this year.

No major central bank has raised interest rates since the start of the pandemic.

The BoE cut rates to an all-time low of 0.1 percent in March 2020 when the UK was plunged into the first national lockdown.

Members of the MPC are thought to be considering an increase to 0.25 percent.

In September Governor Andrew Bailey admitted the case for a rise in interest rates was “Strengthening”.

Speaking to the Society of Professional Economists in London, he said: “Recent evidence appears to have strengthened that case but there remain substantial uncertainties and we are monitoring the situation closely.”

While the committee is unanimous on the need to eventually increase the rate, there remains no consensus over whether this week is the best time to do so or whether to push off the decision until 2022.