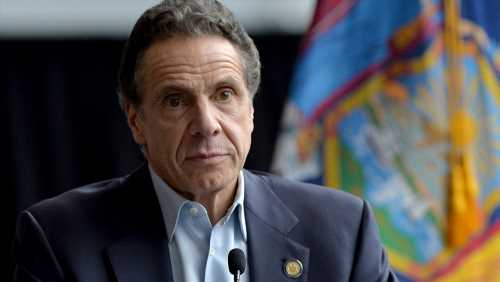 New York Gov. Andrew Cuomo has resigned after state Attorney General Letitia James’ investigation found he sexually harassed multiple women. He will step down within the next two weeks.

“Given the circumstances the best way I can help now is if I step aside and let government get back to governing,” the governor said.

New York Lieutenant Governor Kathy Hochul will take office and serve out the rest of Cuomo’s term until 2021. Hochul also makes history as New York’s first female governor. In a press conference announcing his decision to resign, Cuomo continued to deny the allegations, although he did apologize for making jokes that were  “insensitive and off-putting” and added that he had “been too familiar with people.”

It’s a stunning fall from power for Cuomo, a three-term governor who had received praise for his stewardship of New York during the darkest days of the COVID-19 pandemic. But it is also a denouement that seemed increasingly inevitable as evidence mounted that he had presided over a toxic workplace culture and as political allies abandoned him.

The results of the bombshell investigation, released on Tuesday, Aug. 3, found that Gov. Cuomo “sexually harassed a number of current and former New York State employees by, among other things, engaging in unwelcome and nonconsensual touching, as well as making numerous offensive comments of a suggestive and sexual nature that created a hostile work environment for women.”

Several Democratic state lawmakers, including New York City Mayor Bill de Blasio, called for Cuomo to resign after multiple women came forward with their allegations of Cuomo’s harassment earlier in 2021 and the investigation launched. In recent weeks, other party leaders, including President Joe Biden, have pushed for the governor to leave office. After the allegations came to light and the calls for his removal intensified, Cuomo previously denied any wrongdoing and said he would not resign.

“Our investigation revealed that the Governor’s sexually harassing behavior was not limited to members of his own staff, but extended to other State employees, including a State Trooper on his protective detail and members of the public,” the investigation says. “We also conclude that the Executive Chamber’s culture — one filled with fear and intimidation, while at the same time normalizing the Governor’s frequent flirtations and gender-based comments — contributed to the conditions that allowed the sexual harassment to occur and persist. That culture also influenced the improper and inadequate ways in which the Executive Chamber has responded to allegations of harassment.”