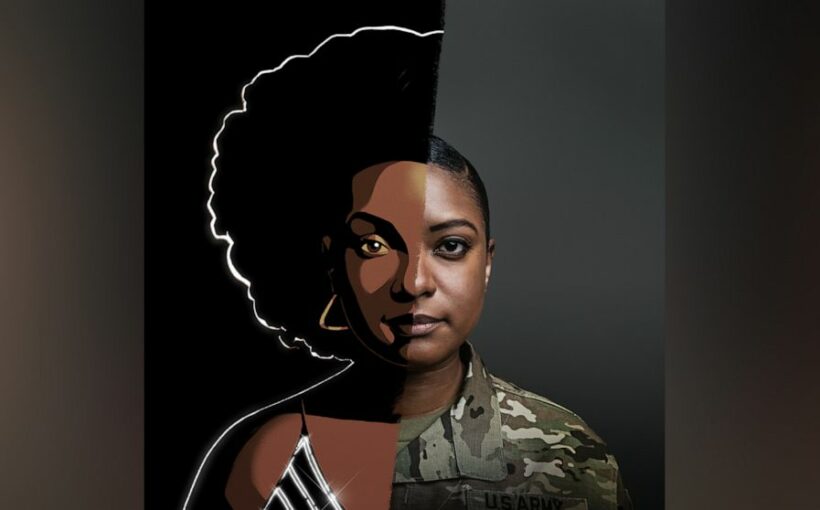 The U.S. Army is turning to animation to attract Generation Z’s reputed short-attention span by profiling five soldiers who candidly share their personal experiences in eventually joining up.

It’s another of the Army’s novel approaches to recruiting soldiers from Generation Z, the description used for tech-savvy young people born in the late 1990s and 2000s who are the first to have grown up with access to the internet and smartphones.

The first effort was in late 2019 with the “What’s Your Warrior” recruiting campaign that focused less on combat roles and more on non-traditional careers in the Army that may have had more appeal.

That recruiting campaign “captured their attention and stopped their thumbs as they were scrolling through the various media on their phones,” Maj. Gen. Alex Fink, chief of Army Enterprise Marketing, told ABC News in an interview.

Fink said internal analysis found that the 2019 recruiting campaign led to a 53% spike in online interest.

In its latest effort to reach Generation Z, the Army this week released a new animated series labeled “The Calling,” profiling five soldiers in videos that will appear, primarily, on YouTube.

Each soldier provides a description, about three to four minutes long, of the personal challenges that eventually led them to serve in the Army.

“Animation is a different way to surprise the audience,” he said. “It’s just a type of storytelling that works with this Gen Z at this time and, you know, at this moment in history.”

Fink said the new campaign has tested well in internal research because it makes service in the Army relatable to individuals who may not know anyone who has served or who may mistrust government institutions.

“Some of them may have this idea that Army soldiers are like the super humans, a distant star almost unachievable and not relatable or relevant to my life,” said Fink.

But Fink said each of the personal stories told by the five soldiers “shows a certain amount of vulnerability” in describing how they overcame what they saw as obstacles to joining the service.

“We were wanting to show that it’s OK to have different reasons for joining the Army, not everybody has the same reason,” said Fink.

The five soldiers profiled in the animated videos are a diverse mix from the active-duty Army or Army Reserves. Chosen from among 100 applicants, they serve in roles as varied as helicopter pilot, nurse and public affairs officer.

Spc. Jennifer Liriano, a U.S. Army reservist, shared personal moments, including how as a 4-year-old, she and her siblings saw their father try to take his own life. In her vignette, she went on to describe how she helped take care of her family and almost joined a street gang.

Narrating her own story, the animated vignette shows how her family sent her back to the small town they were from in the Dominican Republic where a chance meeting with a stranger at a bus shelter instilled in her a calling to serve others. A meeting with an Army recruiter helped her realize that goal by providing scholarship support that helped her get her nursing license.

Twenty-five-year-old 1st Lt. David Toguchi is fulfilling a life-long dream by flying CH-47 Chinooks during a deployment to Honduras.

He never thought it was attainable because of insecurities that he would never have the academic grades needed to become a helicopter pilot.

“The story of self-doubt is a very true, genuine story,” Toguchi said in an interview. “I think my story is relatable, because I think everyone struggles with self-doubt, confidence — especially at a young age.”

Toguchi said that his generation is often comparing their life experiences with what they see on social media where people seemingly have “perfect lives and these really big jobs or these awesome vacations.”

“I’m sure Gen Z struggles with self-confidence in all the ways — just like I did. And my story is about overcoming self-doubt. Taking a step in a direction with the Army and having them, like, allowing the Army to come into my life and make me a stronger individual,” he told ABC News.

Toguchi’s video highlights a life-changing conversation he had with his older brother, who encouraged him to pursue his dream of becoming a pilot. He credits that conversation with helping him focus his energy and academic study towards realizing that goal.

He called the animated telling of his experience “a powerful tool” that “allows you to just take a glimpse of my past.”

“You know it’s an animation, but you can somewhat put yourself in my shoes and see how I felt,” he added.

First Lt. Janeen Phelps’ video describes how she eventually joined the Army after pursuing a successful career as a cruise-line singer more than a decade after her father asked her not to join the Army.

“As soon as I turned 17, I asked for my dad’s blessing to enlist, ” Phelps says in her video. “But having served in the Army during the Vietnam era, responding to civil unrest, he had his reasons. So, I turned to singing.”

The 39-year-old Army reservist from Las Vegas said a 2011 cruise in the Mediterranean during which she experienced protests in Greece, and the cancelation of a port call in Israel following a bombing, led her to once again consider joining the service.

“There was a lot of stuff going on in the world. And I knew that I could contribute more than just singing,” Phelps told ABC News. “It was a feeling that I needed to be doing more in whatever way the — the Army was going to allow me to do it.”

Phelps’ young nephews are excited that her “unique” story is being told in animation form and she said she feels her story will also resonate with the Army’s target audience.

“I think of Generation Z, they can see what’s what from a mile away,” said Phelps. “And I think if the army had not portrayed me in such an accurate light, they would be able to tell that.”