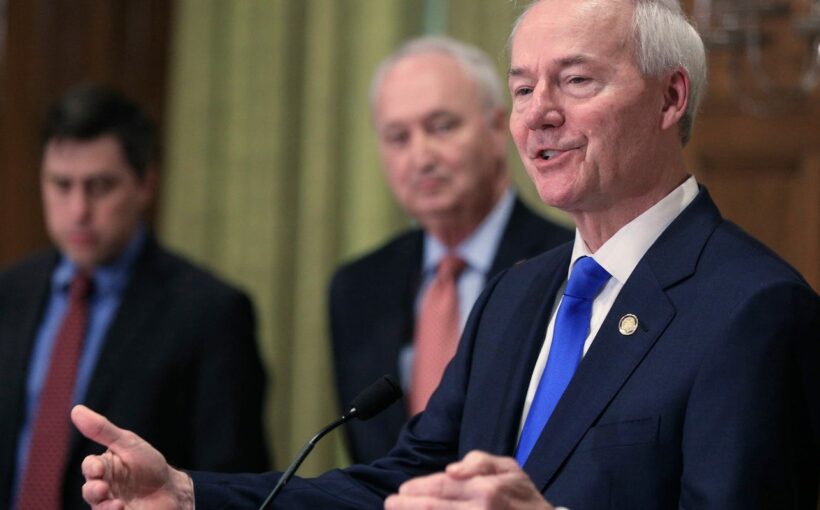 Arkansas became on Tuesday the first state in the country to ban medical treatments for transgender minors.

On Monday, Republican lawmakers in North Carolina introduced Senate Bill 514, which would prevent medical professionals from providing practices and health care services to transgender youth younger than 21 years old. It also defines the sex of a person as “genetically encoded into a person at the moment of conception, and it cannot be changed.”

‘There’s nothing to be fearful of’: Parents, activists fight to keep transgender girls in school sports

In Arkansas, Hutchinson reportedly expected the override vote, which was split 72-25 in the House and 25-8 in the Senate.

“Those who claim otherwise are not being honest, and either haven’t read the bill or are placing fundraising above the best interest of children,” Lundstrum said.

Top medical organizations such as the American Medical Association, American Psychological Association and leading medical associations in Arkansas came out against the bill. Some experts say it will detrimentally affect a community at risk for depression and suicide.

The bill was not Hutchinson’s first decision on transgender rights within the state. The governor signed a law banning transgender women and girls from participating in school sports consistent with their gender identity last month — weeks after Mississippi lawmakers passed a law preventing transgender athletes from playing on girls and women’s sports teams.

“(Transgender youth) know who they are, and they know who they are from a very young age,” Dr. Michele Hutchinson, a pediatric endocrinologist said during an Arkansas Senate hearing on HB 1570. “I guarantee you, if this bill passes children will die and I will call you guys every single time one does.”