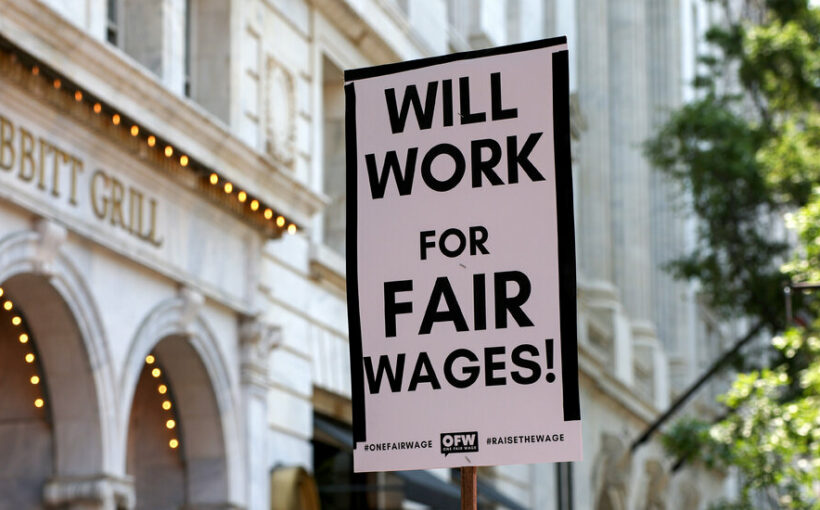 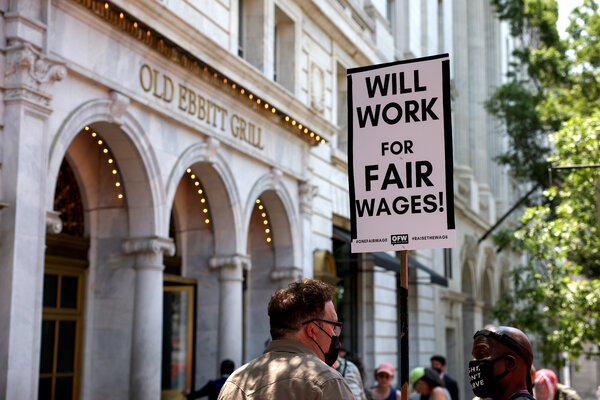 By Jim Tankersley and Neil Irwin

President Biden will push federal regulators to crack down on noncompete clauses, occupational licensing requirements and other measures that administration officials say hurt workers’ ability to pursue better jobs, as part of a broad executive order meant to bolster competition across the economy.

The efforts to increase competition in the labor market, according to a person familiar with them, will be detailed in an order issued in the coming days.

The order will encourage the Federal Trade Commission to ban or limit noncompete agreements, which employers have increasingly used in recent years to try to inhibit their workers’ ability to quit for a better job. It encourages the commission to also ban “unnecessary” occupational licensing restrictions, which can restrict workers’ ability to find new work, especially across state lines. And it encourages both the commission and the Justice Department to further restrict the ability of employers to share information on worker pay in ways that might amount to collusion.

More broadly, the executive order encourages antitrust regulators to consider the ways that mergers might contribute to monopsonies, or industries in which workers have few choices of where to work and therefore lack leverage to negotiate higher wages or better benefits.

The effectiveness of the order will depend on whether regulators can devise and carry out the rules Mr. Biden seeks in ways that survive legal challenges. And many of the policies that labor economists see as problematic for workers, including licensing requirements, are set at the state level, leaving a limited federal role.

Still, the planned order is the latest demonstration of Mr. Biden’s and his aides’ adherence to a growing school of economic thought that urges more aggressive government action to break up monopolies and inject increased competition into the economy. Populists in both parties — including some Republican senators — have in recent years called for a breakup of large tech companies and other companies they say are hurting workers and consumers with outsized market power.

The order builds on research that White House economists published on these themes at the tail end of Barack Obama’s presidency. It is in part a break from Mr. Biden’s predecessor, Donald J. Trump, whose economic team reported in 2020 that it saw no threat to the economy from monopolies.

But Mr. Trump also issued an executive order, in the final weeks of his term, that like Mr. Biden’s, took aim at occupational licensing. “Occupational regulations can protect practitioners from competition rather than protect the public from malpractice,” Mr. Trump’s order, published Dec. 14, 2020, read. But that order did not include the prescriptions for federal regulators that Mr. Biden’s will.