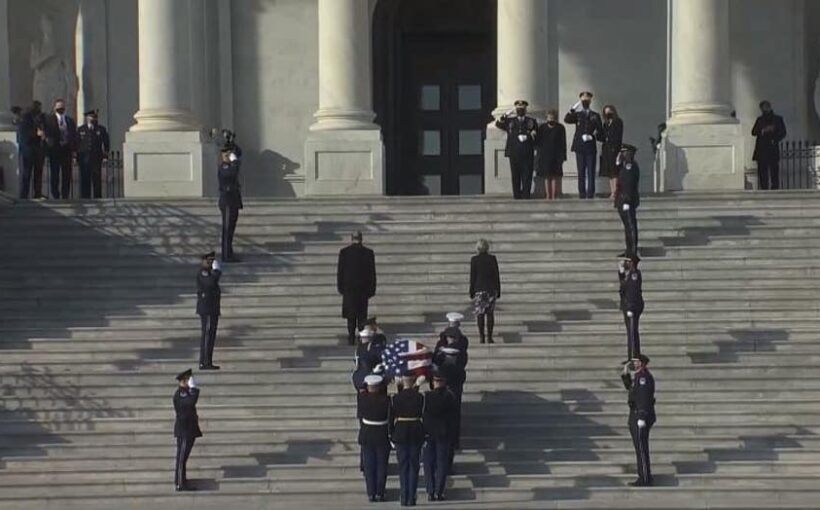 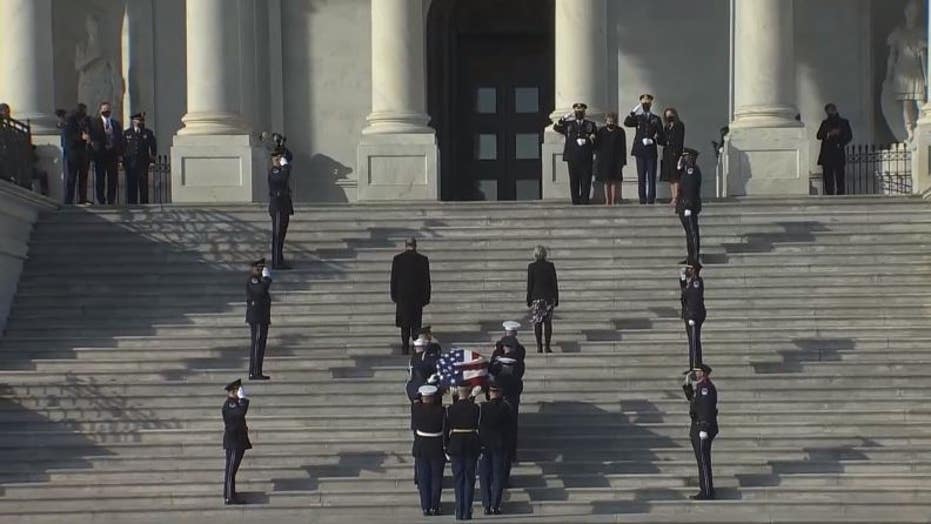 Former Senate Majority Leader Bob Dole, R-Kan., will lie in state in the Capitol Rotunda Thursday as the country honors him following his death Sunday at the age of 98.

Lying in state is one of the most solemn American traditions, reserved only for select prominent individuals. Dole becomes only the 33rd person in U.S. history to lie in state in the Rotunda. Since the turn of the century, only Rep. John Lewis, D-Ga., Sens. John McCain, R-Ariz., and Daniel Inouye, D-Hawaii, and Presidents George H.W. Bush, Ford and Reagan have lain in state in that location.

As part of Thursday’s proceedings, a military honor guard will bring Dole’s casket up the 34 steps on the East Front of the Capitol and into the Rotunda, the casket draped in an American flag. A formal ceremony with President Biden and leaders of Congress will then take place. 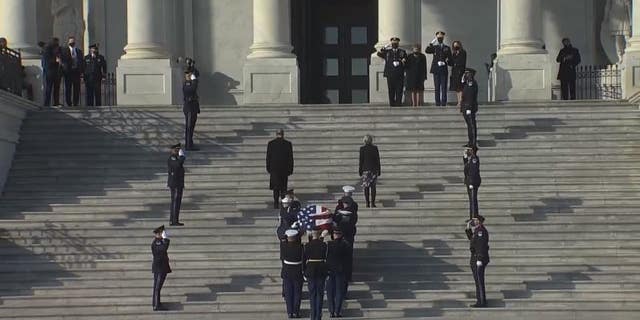 The body of former Sen. Bob Dole arrives at the U.S. Capitol where the casket will lie in state in the Rotunda, Thursday, Dec. 9, 2021.
(Fox News)

The honor guard will remain standing vigil over Dole’s casket throughout the night. The casket will rest on the Lincoln catafalque, a wooden platform that was first used to support the 16th president’s casket upon his death in 1865.

The first to lie in state in the Rotunda was House Speaker Henry Clay in 1852. The most recent people to be honored in the Rotunda were U.S. Capitol Police Officers Brian Sicknick and Billy Evans in February and April of this year, respectively. The officers had lain in honor, one step below lying in state. 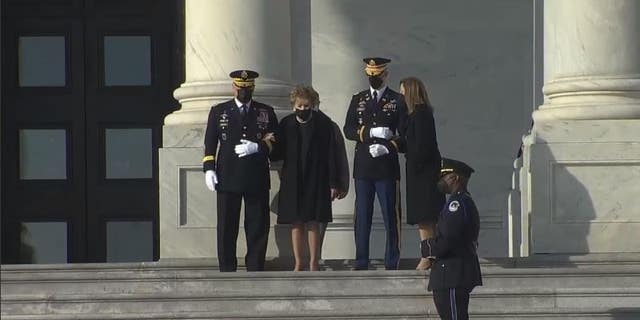 The last individual to lie in state in the Capitol was Supreme Court Justice Ruth Bader Ginsburg in September 2020. The service for Ginsburg was not in the Rotunda, but in Statuary Hall.