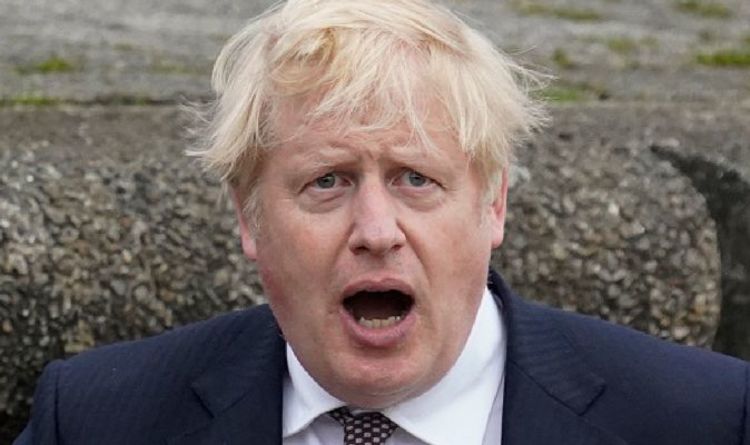 Valneva said the UK Government had alleged it was “in breach of its obligations” under the deal to supply the vaccine, which it is currently developing at its facility in Livingston, West Lothian.

“Trust, transparency, commitments, responsibilities are the roots of every industrial deal.

“It’s at least how the EU shapes its purchase agreements of vaccines and treatments.”

Britain’s vaccines minister Nadhim Zahawi said on Tuesday that the British government had the right to cancel the deal.

“There are commercial sensitivities around this but we have a right to cancel the Valneva vaccine and that’s what we’ve informed the company we would do,” Zahawi said.

The UK had ordered 100 million doses of the Valneva vaccine, with the amount to be supplied upped by 40 million back in February.

However, the pharmaceutical firm said it had “received a termination notice from the UK Government (HMG) in relation to the supply agreement for its COVID-19 vaccine candidate, VLA2001”.

It stated: “The contract provides HMG with the right to terminate. HMG has alleged that the company is in breach of its obligations under the supply agreement, but the company strenuously denies this.”

The Prime Minister’s official spokesman said the cancellation of the vaccine contract with Valneva will not impact the UK’s vaccine programme.

He said: “You’ll appreciate this is an ongoing commercial issue, so I’m slightly restricted in what I can say.

“I appreciate that the company has issued a statement.

“At this point, I’m restricted as to what I can say. Broadly, you’ll know that MHRA (Medicines and Healthcare products Regulatory Agency) has not approved a Valneva vaccine.

“The comments from the company won’t have any impact on our vaccine supply and did not form any part of our vaccine rollout in autumn and winter.

“DH (The Department of Health) might be able to say more in due course.”

The Valneva vaccine candidate is currently in Phase 3 trials, the firm said, with results due in the fourth quarter.

It added that subject to these and MHRA (the Medicines and Healthcare products Regulatory Agency) approval, it believes that “initial approval” for the VLA2001 vaccine could be granted in late 2021.

The firm stated: “Valneva has worked tirelessly, and to its best efforts, on the collaboration with HMG including investing significant resources and effort to respond to HMG’s requests for variant-derived vaccines.

“Valneva continues to be committed to the development of VLA2001 and will increase its efforts with other potential customers to ensure that its inactivated vaccine can be used in the fight against the pandemic.”

Local MP, the SNP’s Hannah Bardell said she was “incredibly disappointed” by the news.

She pledged she would be “working with Valneva – who have worked tirelessly on this vaccine – and will raise this urgently with the UK Government”.