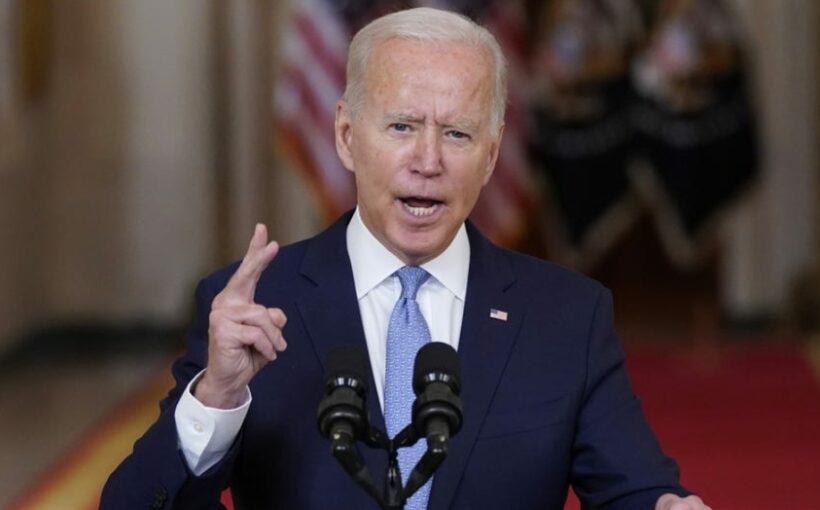 EXCLUSIVE: A political group that backed former President Trump during his 2016 and 2020 campaigns is criticizing President Biden’s handling of last month’s rocky U.S. withdrawal and evacuation from Afghanistan.

Great America PAC, which spent more than $50 million since 2016 in support of Trump’s campaigns and presidency, is going up with a TV ad this week on national cable that accuses Biden of “surrendering” in Afghanistan.

In the 30-second commercial, which was shared first with Fox News, Marine Corps veteran Chad Robichaux says to the camera that “the men and women I fought besides in Afghanistan, we risked our lives proudly, for freedom, for our country, ’cause we thought in the end our sacrifices could count for something.”

Robichaux, the founder and president of an organization that helps veterans suffering from post-traumatic stress disorder (PTSD), then stresses that “after 20 years we’re abandoning Americans behind enemy lines. We’re begging the Taliban for mercy. We’re surrendering. What’s that count for, Mr. President?”

The political action committee tells Fox News it’s spending a modest five figures to initially run the spot, with the potential to spend more in the coming weeks. Great America PAC adds that it aims to help elect pro-Trump candidates in the 2022 midterm elections as it also tries to defeat the Biden agenda.

The president has been facing a barrage of bipartisan criticism for weeks for his handling of the hastily organized evacuation efforts at Kabul’s international airport to airlift Americans and their Afghan allies out of the war-torn Central Asian country, following the lightning-fast takeover of Afghanistan by repressive Taliban forces.

While the president has repeatedly declared the withdrawal and evacuation a success – the U.S. airlifted roughly 120,000 people, including more than 5,500 Americans, after the fall of Kabul through the end of August – he’s been accused by both Republicans and some Democrats for underestimating the Taliban and overestimating the strength of the now-collapsed, U.S.-backed Afghan government and military.

Biden has pointed fingers at his predecessor in the White House. The Trump administration in February of last year struck a deal with the Taliban that called for all U.S. troops to depart Afghanistan by May 2021. Trump, during his watch, reduced U.S. forces to their lowest level in Afghanistan in two decades. And last year the Afghan government released thousands of Taliban prisoners, many of whom likely once again took up arms against the U.S.-backed forces.

But Biden, who reversed many Trump polices upon taking office in January, didn’t scrap Trump’s agreement with the Taliban, although he extended the U.S. withdrawal deadline to the end of August.

Trump has repeatedly pilloried his successor in the White House over the handling of the Afghanistan exit. On Saturday, during a stop at a New York City police precinct to mark the 20th year since the 9/11 terrorist attacks, the former president charged Biden with “gross incompetence.”

Great America PAC appears to be the second group to air an ad targeting the president over Afghanistan.

Trump’s Save America PAC went up two weeks ago with a TV commercial titled “Failure,” which uses a montage of video clips and still photos to criticize Biden. The spot – backed by a very modest ad buy – ran briefly on cable TV.