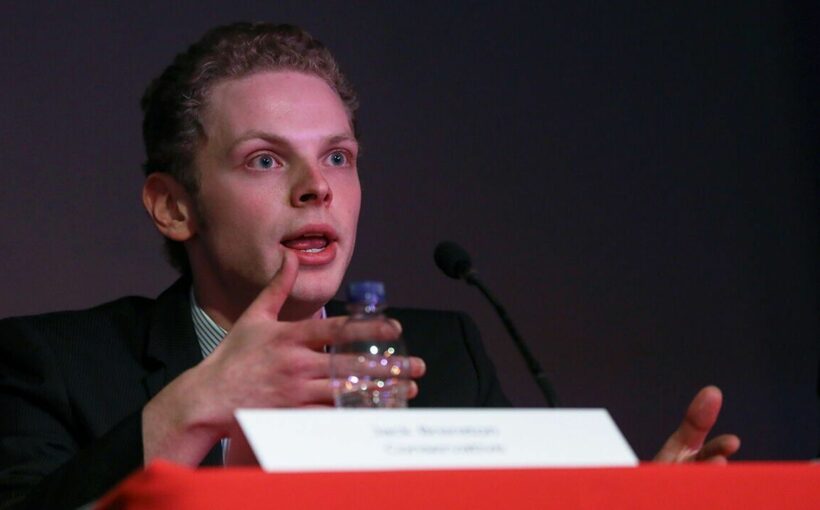 Twitter users were quick to spot the mistake, with one suggesting Downing Street cat Larry was more competent.

A Twitter user posted : “‘Levelling’ #Stoke-on-Trent – so that’s what they’re up to!

“(Spelling his name wrong too – Larry the Cat @Number10cat was right earlier today – he has more #competence).” 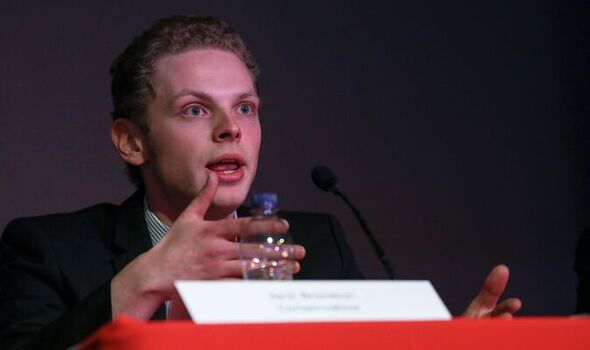 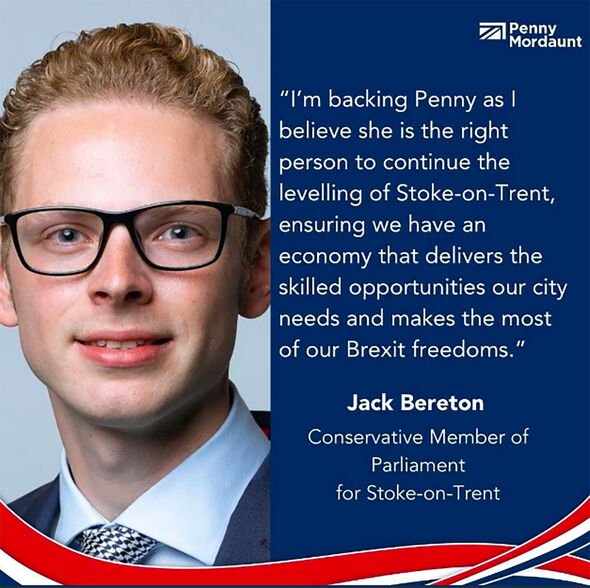 Morgius wrote: “I’m pretty sure it’s against the rules that 12 year olds can be MPs.”

history|grep added: “He looks like he’s not handed in his homework… “

Rishi Sunak, the former chancellor, came out on top of Thursday’s voting, and in second was Ms Mordaunt, who was bearing the brunt of the attacks from rival camps as she gained the most momentum. 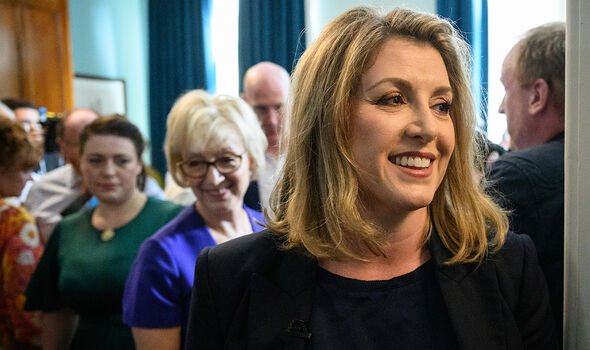 But the race to replace Boris Johnson has become increasingly bitter.

Ms Mordaunt has faced a scathing attack from former Brexit minister Lord Frost, who described her as an “absent on parade” when he worked with her on post-Brexit negotiations last year.

While allies of Liz Truss have been forced to deny involvement in a “black ops” campaign against rival Ms Mordaunt, 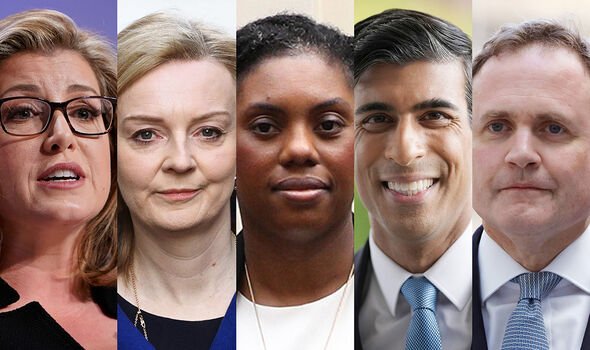 But the trade minister said other Conservative leadership candidates were trying to stop her in a punchy interview with Sky News.

The trade minister said she was aware that she posed a threat to rivals Mr Sunak and Ms Truss if she made it to the final vote by party members. 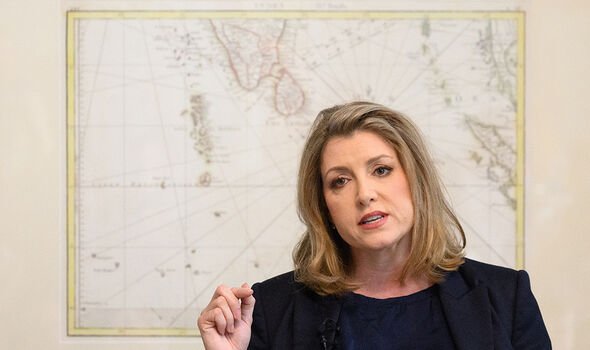 Ms Mordaunt said it was “understandable” her rivals were trying to stop her, but said she was best place to defeat Labour leader Sir Keir Starmer.

She declined to be drawn into criticism of the other candidates, telling Sky News she was not hurt by the attacks.

Ms Mordaunt said: “I care about my colleagues. I have great colleagues and we have to, at the end of this contest, come together as a party.”

“You can see from my campaign, I’m not engaging in any of that.”

The five remaining candidates also took part in an online hustings, organised by the ConservativeHome website where Ms Mordauntcalled for no “mudslinging” in the Tory leadership contest. 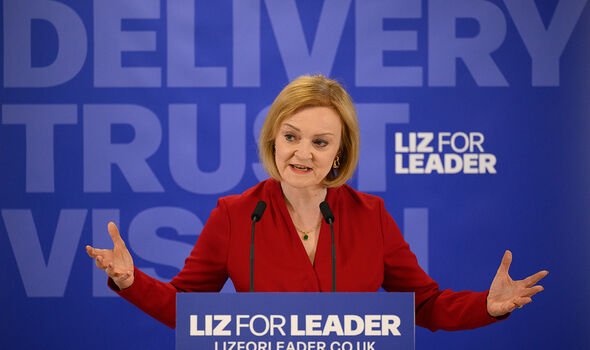 She told the audience: “I want a positive contest.

“I don’t want mudslinging. Without that teamwork, we can’t deliver.

“This is not about one party leader, it is about all the talents of the party being able to thrive and pull together in the same direction.”