Home » Politics » Claire Trevett: When and how Simon Bridges could take down Judith Collins – and who has been offered deputy?? 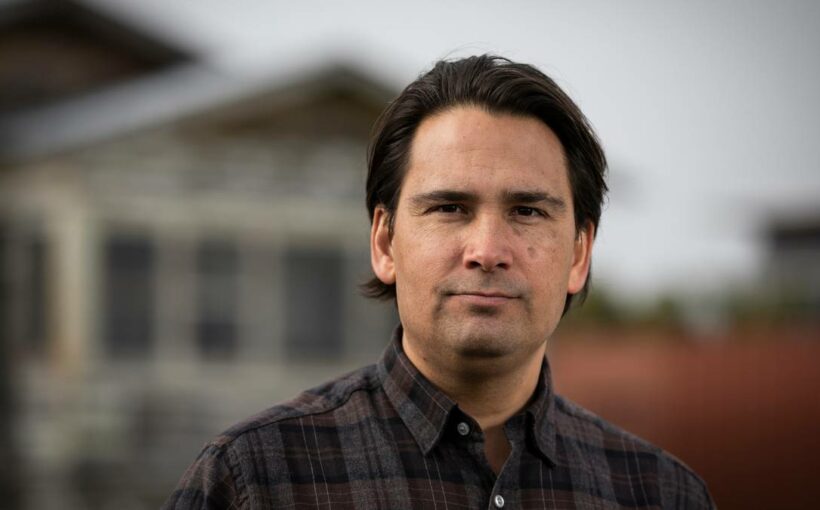 There had been speculation about whether Simon Bridges would roll Judith Collins once the Auckland MPs could return to Parliament, so there was a moment of high suspense this week when Bridges loyalist Paul Goldsmith announced the Auckland MPs had returned “with aggressive intent”.

People waited to hear if Goldsmith was about to kamikaze on his leader.

Disappointingly, Goldsmith went on to say “to hold this Government to account”.

Nonetheless, restless should be the head that wears the crown in National.

The return of those Auckland MPs marked the start of discussions to roll Judith Collins in earnest.

Bridges himself can’t take the risk of openly tallying up votes, but it is no secret that his loyal lieutenants have hung out their shingles on his behalf, ready to talk to MPs sniffing the wind.

Conversations are being held and the jostling has started for position.

There are now two possible times being talked about for the final blow – either mid-December or February next year.

Only Collins’ barnacle supporters are not being talked to: Maureen Pugh, David Bennett and Andrew Bayly chief among them.

But the more inevitable a Bridges takeover looks, the more MPs will slip in behind the former leader. Bridges still has a core support base which is readily flicking back to him.

MPs who were sitting on the fence or sceptical of Bridges, and even some considered close to Collins, have started sniffing the wind and are nervous about finding themselves on the wrong side.

So MPs have been talking to Bridges’ camp, sometimes proactively seeking them out.

There are only token efforts to keep these chats on the quiet.

Moving to Bridges would not be too hard for the likes of Simeon Brown and Chris Penk, who have been relatively happy with their positions under Collins, but share a similar political space with Bridges.

Even Collins’ faithful Harete Hipango was seen heading off for lunch with Mark Mitchell – although she was possibly spying.

Working in Bridges’ favour are the tides turning against Collins among National supporters. MPs report they are now repeatedly having Collins’ leadership raised with them as an issue.

Bridges’ case is also being nudged along by niggling divisions in the caucus on a raft of issues.

The most recent was the coalition with Labour on housing, to allow landowners to build three-storey apartment blocks on their land without resource consent.

Auckland MPs, especially those in the leafier suburbs, have been copping it from constituents. It does not help that Act opposes it – yet another lure for erstwhile National-voting people to go to Act.

There is also internal debate about just where the party should sit on vaccine mandates.

The rise and rise of Act leader David Seymour is also helping Bridges get MPs.

Reports filtered back from National Party members that Seymour got a hero’s welcome in Queenstown last Friday – and the words “future PM” were being used of him. That has unsettled a lot of MPs.

They are worried about donors as well as votes flicking to Seymour.

Simon Bridges’ coup is a slow-burner and that is exactly how Bridges wants it to play out because slowly his snowball is growing.

When Bridges moves, he should win compellingly unless something dramatic happens before then.

He needs a clean break, he needs a very strong mandate, and he needs to be able to get up and running as quickly as possible.

So he is using the time to prepare.

The two priorities once he gets there will be ensuring caucus is united behind him and convincing the public to give him a second chance and start listening to National again.

The second is all on him – but will be helped by the first. Bridges will attempt to achieve that unity through a mix of personnel and policy shifts to appease the liberal and conservative MPs – as well as the centrists.

That caucus unity has to be genuine. It is too easy to tell when it is only a charade, no matter how hard MPs try. They are politicians, not actors.

The old Muller camp – Chris Bishop, Nicola Willis and Erica Stanford – will be critical, a mix of liberals and centrists.

Bridges’ camp are not yet making specific offers – they do not want to commit too early, and may not need to.

But two positions in particular will be negotiated in advance.

Stanford, a liberal, a woman, and an Auckland MP, has already been spoken to about the deputy position. It will go to her, if she wants it.

If not, it would go to either Mark Mitchell or Louise Upston. Both are centrists, capable, and can bridge caucus. Importantly, both are also trusted by Bridges.

Christopher Luxon is likely to get finance.

Beyond that, while it seems likely Shane Reti will keep health and one or both of Bishop and Willis will be on the front bench, no commitments have yet been given.

It will involve making accommodations that could see some of his own team missing out.

But Bridges too will also have to make an effort to genuinely include those MPs in the inner circle, rather than simply making tokenistic offerings.

Bridges’ unifying moves will not only involve personnel.

He is also likely to shift some of the more contentious policy positions. The decision to oppose the conversion therapy legislation is one – expect to see that become a conscience vote for National MPs as a nod to the liberals – even though Bridges was the one who pushed for the current position.

As for when to make the final move, some are pushing for a quickstep – worried the ongoing speculation about the leadership will end up being corrosive.

A more compelling reason is the concern that finally the tide has turned for the Government on Covid-19 – but National is failing to capitalise on the shifting public mood.

Two polls this week showed National still wallowing in the mid 20s even while Labour’s support was diving.

Others believe the new year is a better time to launch a new leadership rather than the end of an exhausting year when all the voters want to do is have a holiday.

There does remain the chance of a surprise that could de-rail Bridges’ creeping coup – such as a miracle turn-around in National’s polling or another contender leaping forward.

There is still concern about Bridges’ lack of popularity. Some MPs also appear to retain a hope that Luxon will step up instead, but most MPs recognise he is not yet ready – including Luxon himself.

If it all works out to plan, National will hope it stands a chance of getting on with doing what Goldsmith said he had returned to do: hold the Government to account.

However, as Mike Tyson famously said, everybody has a plan until they get punched in the mouth.